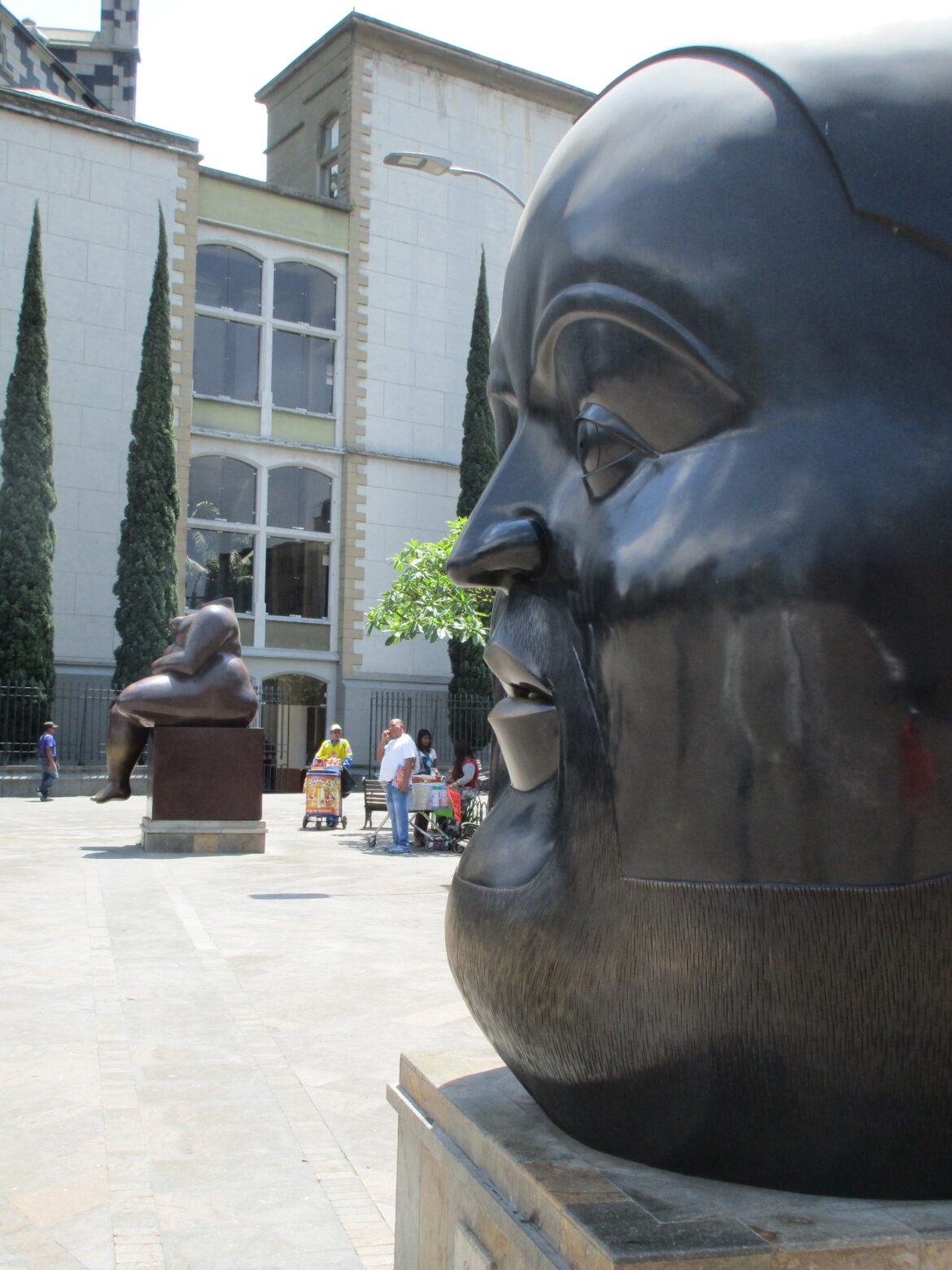 I’m happy to report that I was able to write this blog post from the comfort of our Medellín hotel room. We enjoyed three really nice days in Colombia’s second-largest city, which boasts almost 4 million peeps (versus a whopping 8 million in Bogotá).

But you may be wondering, after being kidnapped in Bogotá, how did we manage to escape whacko Raoul? Did we have to smash the prehistoric figurine over his head? Did we figure out how to pick the basement lock while he was getting his teeth cleaned? (Like I said, Colombia’s dental care is really good.)

It turns out no heroics were necessary, and no irreplaceable artifacts were harmed.

All we had to do, all he really wanted, was for us to acknowledge that he’s an excellent driver.

“I’m an excellent driver,” he kept saying over and over. He sounded like Dustin Hoffman in Rain Man, if Dustin Hoffman’s character had been a deranged South American cabbie.

“Ah, so you can habla inglés after all,” I wanted to say. But smarmy comments didn’t seem like a good idea at that moment.

“Of course you’re an excellent driver,” I said. “Absolutamente.”

Raoul looked at George for confirmation.

“Sí, sí,” George said. “Mucho excelente.” That last bit is terrible Spanish grammar, not that you can blame George. He took Latin in high school. For a moment I worried the error would set Raoul off again. But he just started laughing.

“Mucho excelente,” he repeated over and over between laughs.

Then he offered to drive us to the airport. Actually, he insisted. But believe it or not, the bastard still expected us to pay for the ride.

“Excellent driver, no?” he asked one more time as we got into his taxi, this time with the alpaca blankets wrapped comfortably around our shoulders. Hey, it gets chilly in Bogotá, and they’ll make nice souvenirs.

“Yes, excellent driver,” I said again. “Especially when you avoided the falling rocks.”

(When I wrote about our drive to Cuenca, I forgot to mention the falling rocks. I think I was trying to block out that memory. It was just too much bad shit coming at us at once.)

“I didn’t cause the rocks,” Raoul protested, as if I’d implied he did. This dude has some serious self-image issues.

“No, you didn’t cause the rocks,” I said. “That was probably the god of the Andes.”

But I digress. This is a travel blog. You want to hear about Medellín, don’t you? Fair enough.

Medellín has a very different vibe than Bogotá. More of a Pacific Coast feel (minus the ocean, of course). It sits at a somewhat lower elevation than Bogotá (about 5,000 feet) and has an overall much better climate. Not that the weather in Bogotá is unpleasant by any means, but Medellín is warmer and has on average more hours of sunshine each day. Like Quito, it is often called the city of eternal spring, though early summer might be a better description. Despite those obvious advantages, Medellín has for the time being far fewer English-speaking tourists than Bogotá. It’s also far less prepared for them.

For example, we tried in vain to acquire a map that would help us walk the city. Every map we were offered crammed the entire city footprint – and it’s a damn big city – onto a typical tri-fold. Individual streets were simply not discernable. Things that looked like they might be 15 minutes away on foot were actually miles apart. So how did we get around? We have to thank the Google gods for that. (I don’t know which particular Google god is responsible, so better to just thank them all.)

But even if Medellín isn’t quite ready for tourists, it has another advantage that will soon serve tourism well. The city is home to Colombia’s only urban metro system. Only one line is in operation at the moment (a second is in the works) but it’s dirt cheap, completely safe, very efficient, and takes you where you want to go. For tourists, that means to the city center and back.

Medellín’s city center is a vast area in which the worthwhile attractions are fairly far apart. You can get off the metro at a central stop and walk to the nearby Fernando Botero park, where the famous artist donated almost two dozen huge bronzes of his work to his native city. It’s the most touristy spot in Medellín, but among the many visitors we saw there, only a very small handful were English-speaking. 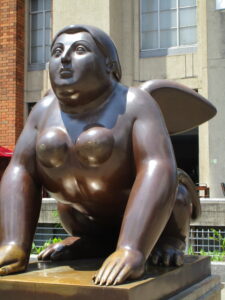 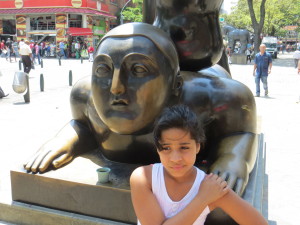 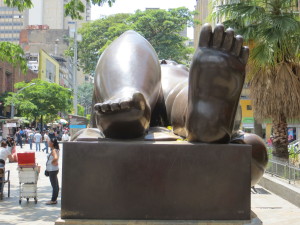 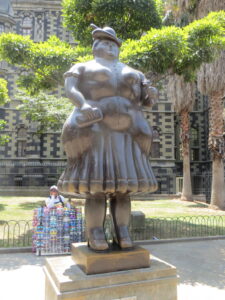 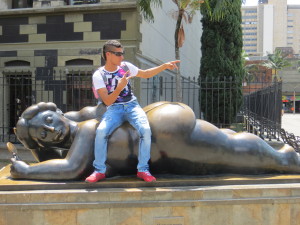 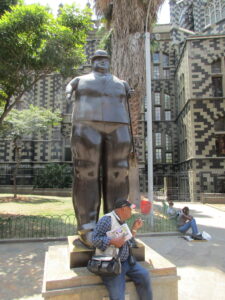 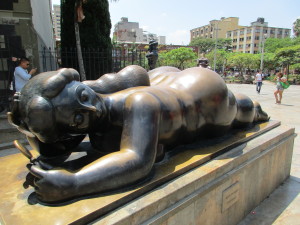 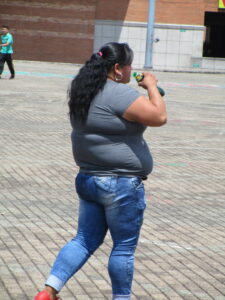 Near the park is a large pedestrian market that stretches over several city blocks. But it’s a bit on the gritty side, and there’s little for sale that would interest most tourists. A few handicraft shops similar to the ones we saw in Bogotá, and some yummy street food, but that’s about it. The rest is stuff being bought and sold for the local economy.

Also downtown are some lovely green spaces, including a compact botanical garden that manages to highlight all of Colombia’s ecologic diversity. Some of the nation’s biologic diversity was on display too – we passed numerous same-sex couples unabashedly expressing their affections in the garden’s nooks and crannies. There’s also an imitation pueblo city on top of a high hill, where the daily life of nearby rural communities has been recreated Disney-style. We probably would have avoided it if not for the spectacular city views it affords. 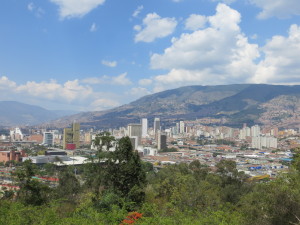 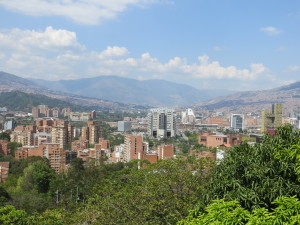 One big problem with the entire downtown area is that it’s not considered safe after dark. So we rode the metro into the city center after the morning rush hour, and as the afternoon wore down we made sure we headed back to our hotel before the flesh-eating zombies came out.

Our hotel neighborhood, known as El Poblado, is by contrast entirely walkable both day and night. It sits in the low hills above downtown, with winding roads packed with gleaming modern towers, slick shopping plazas and trendy restaurants offering world-class cuisine. El Poblado’s hilly streets and abundant, lush greenery are another reason Medellín has more of a Pacific Coast feel. I would guess that most people who visit Medellín frequently probably don’t even bother going into downtown unless they have to. El Poblado, and other neighborhoods away from the center, are where the cool stuff is happening. Those are the neighborhoods that house Medellín’s wealthy patrons, and undoubtedly whatever few ex-pats may already be here. 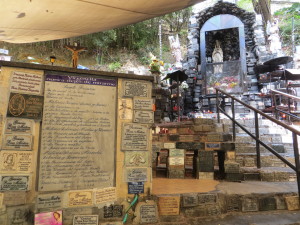 One of the strangest things we’ve ever seen: a homegrown chapel on the side of an overpass.

As for the people, we found them very friendly and hospitable, but like their city, somewhat less polished than their Bogotano brethren. They’re more laid back – yet another piece of the Pacifica pie – but they also seem possessed of a lingering doubt, maybe a bit of mistrust. That’s probably because of the legacy of Pablo Escobar, who once ruled the cartel that controlled 80% of the world’s cocaine trade from his Medellín home. At the height of his power, he was listed in Forbes as the 7th richest person in the world. But Escobar wasn’t just a brilliant criminal. He was also a full-fledged psychopath, responsible for the deaths of thousands of people. He planted bombs around town (and once, on a commercial airplane), claiming the lives of many innocent bystanders as well as his intended targets. He ordered the assassination of high-ranking government officials, judges and police, and had countless other souls murdered for not doing his bidding, including many by his own hand. He single-handedly turned Medellín into a cesspool of violence, fear and corruption. But he also brought great wealth to the city, which still bears the scars and conflicted opinions of his bloody reign. In 1993, Escobar was apprehended and gunned down on a Medellín rooftop. But there’s a hushed understanding that the cocaine trade has by no means left the city. It’s a more fractured and more competitive business now, more underground, and the violence surrounding it has mostly dissipated. The citizens live fairly peacefully, and Medellín is making so many strides in its social and commercial enterprises that in 2013 the Washington, D.C-based Urban Land Institute named Medellín the Most Innovative City in the World. But as one of our drivers asked us rhetorically, “Where do people think all the money comes from to build all these beautiful buildings?” The answer, it seems, is that most ordinary, honest, hard-working Medellinos would just rather not know. 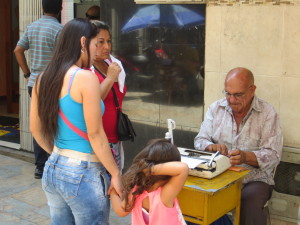 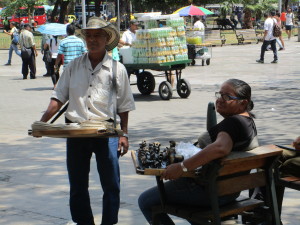 For experienced travelers like George and me, there’s no reason not to visit Medellín now. It’s a beautiful city with wonderful weather, creative contemporary architecture and fantastic food. For those who prefer their roads a bit more paved, you can probably wait on Medellín a few more years. Just don’t wait too long. And in the meantime, learn a few Spanish phrases and visit Bogotá now. 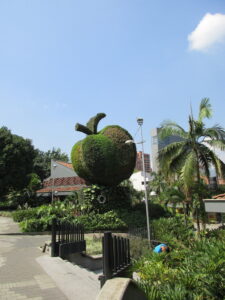 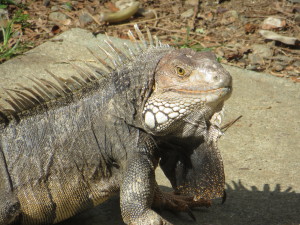 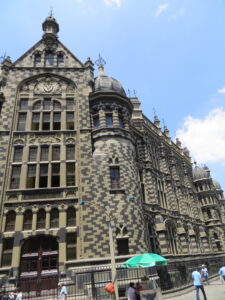 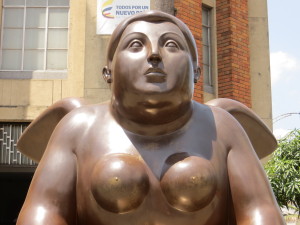 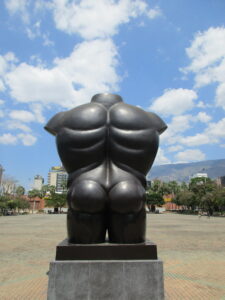 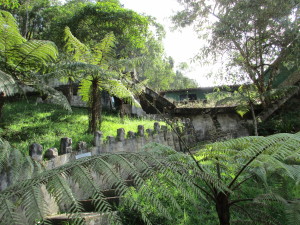 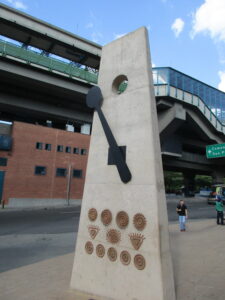 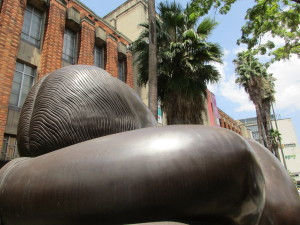 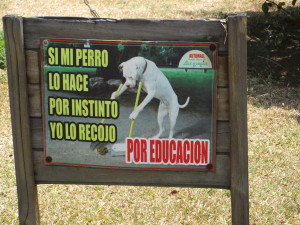 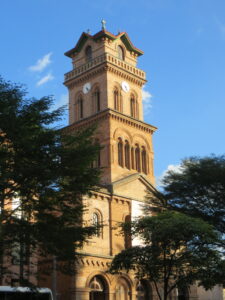 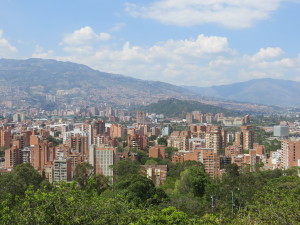 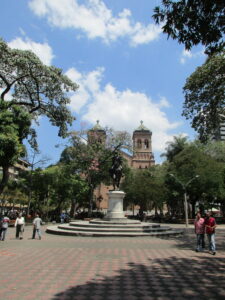 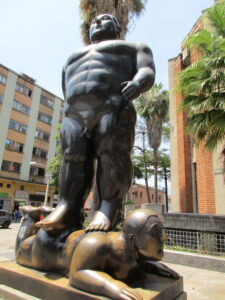