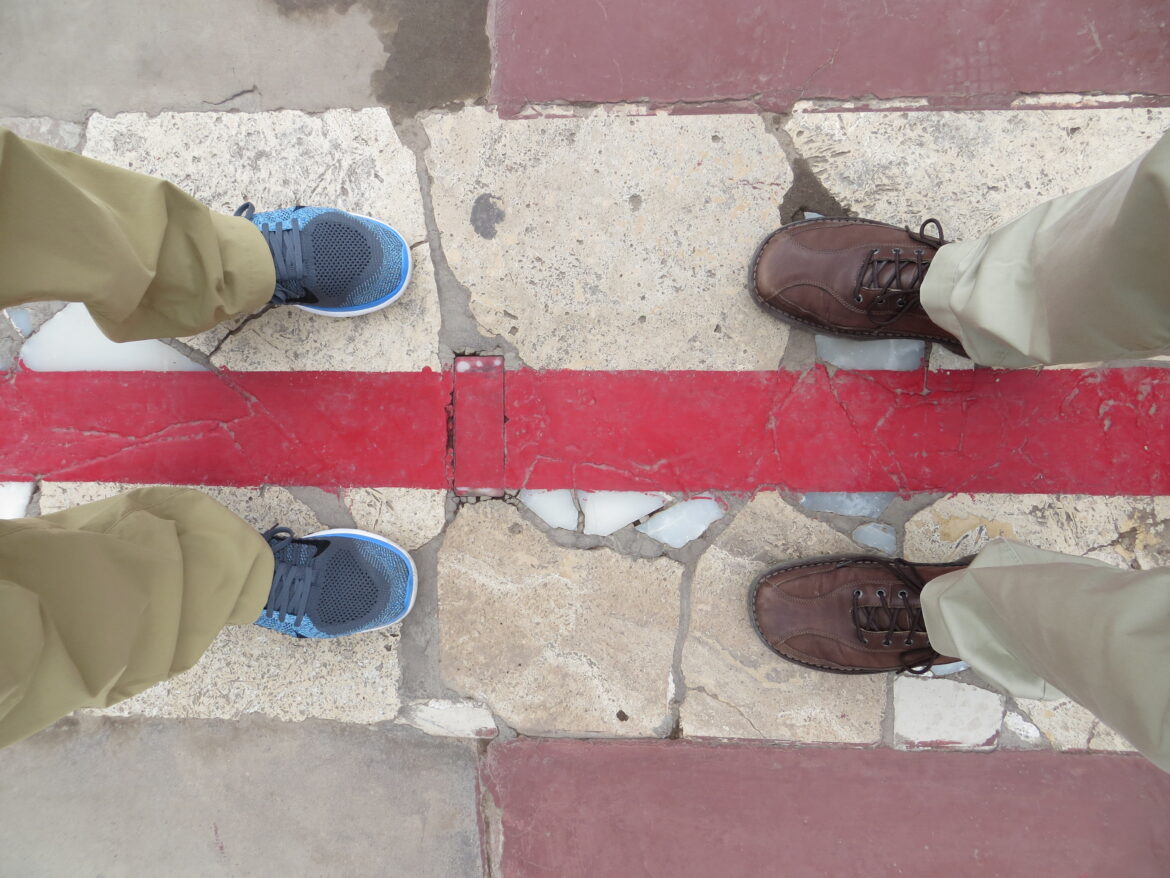 Ecuador’s capital city, Quito, occupies a narrow valley in the Andes mountains, at a point very near the equator (hence the name of the country). But Quito’s climate and environs are nothing like the equatorial regions of Africa you read about in middle school. In Quito there are no sweltering days and nights. No tribal warriors wearing practically nothing. No malaria-laden mosquitos buzzing about. Places like that do exist near the equator in South America. In the Amazon rainforest, for example. But in Quito, the weather is pleasant and mild year-round. In fact, they call it the city of eternal spring. That’s because although Quito sits just a few kilometers south of the equator, it’s also a few kilometers up in the sky. At nearly 9,500 feet above sea level (a thousand feet higher than Cuenca) and with hilly streets and trolley cars, Quito feels more like San Francisco than Nairobi. 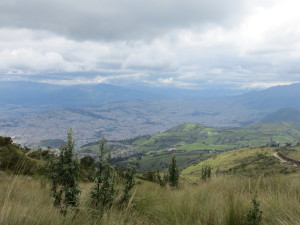 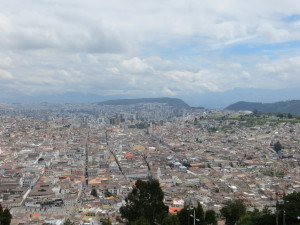 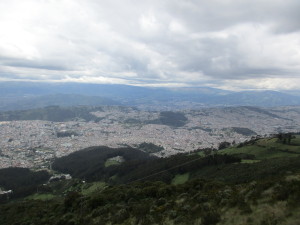 And because it’s so close to the equator, no virgin trip to Quito would be complete without a pilgrimage to the exact latitude of the planet’s waistline.

First there’s a pyramidal monument at the center of a park called Ciudad Mitad del Mundo (literally, Middle of the World City). The monument marks the spot where, nearly 300 years ago, French geologists declared the equator to be. And for the 18th Century, their calculations were pretty darn good.

But when more modern methods came along for measuring such things (GPS in particular) it turned out the French scientists were, um, a little off. (But then, the French are a little off in general, aren’t they?) O mon Dieu! those French scientists would surely say if they were alive today. Don’t be so picky! It’s only an error of a few hundred feet. Close enough for government work, n’est-ce pas?

So the monument stands, proudly and stubbornly marking the old world accomplishment. Prominent signs with long-winded explanations try very hard to make light of the “approximate” nature of the monument’s location.

Meanwhile, down the road a small museum marks the spot where the true equator is now acknowledged to be. You have to pay a few dólares to get into the museum, and they force you to follow along on a cheesy tour of Ecuadorian culture before they get down to the business of proving they’re in the right place (via a series of quasi-scientific demonstrations). But hey, let’s give three cheers for capitalism. Somebody is making a buck off somebody else’s mistake. And besides, it costs money to visit the old monument too.

Of course we had to have our picture taken at both the true equator and the “near miss” (rest in peace, George Carlin). Standing with one foot in the northern hemisphere and the other in the southern hemisphere felt every bit as touristy as it sounds. But it was fun. And besides, for all the places George and I have been together (not George Carlin) we’d never been to the equator before. 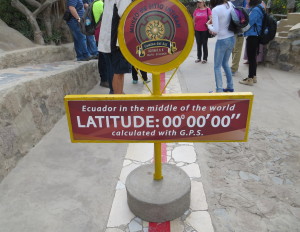 As for Quito itself, it’s everything Cuenca is not. Though they’re both historic high-altitude towns, Quito’s population has exploded in recent years, to about 2 million inhabitants, including many American ex-pats. Where Cuenca seemed a bit underwhelming to us, Quito is energetic and urbane. The quaint, narrow streets of the Old Town are packed with cafes and shops, while the wide squares and plazas offer spectacular views of the mountains surrounding the city. 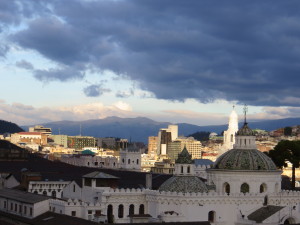 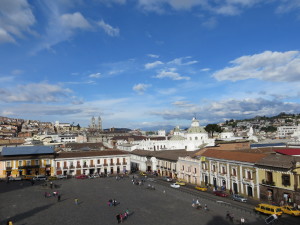 Old Town features some of the grandest and best-preserved churches and buildings of the Spanish colonial era (though many required restoration after one earthquake or another). The Presidential Palace may be the only home of a head of state that has tourist shops in the basement. The Jesuit church La Iglesia de la Compañia de Jesús is sometimes billed as the most beautiful church in the world. Virtually the entire interior is slathered in gold, about 10 tons in all.

To the north, New Town is a sprawl of skyscrapers, shopping malls, restaurants and bars. It has all the advantages (and trappings) of a modern city. There isn’t a whole lot for tourists to do in New Town (other than shop till you drop and dine fabulously). But for the natives as well as the ex-pats, Quito’s New Town is the kind of place you could live the rest of your life and want for nothing.

There are a couple of downsides to Quito. One is that, because Ecuador’s currency is the US dollar, Quito is not an especially cheap place to live or visit. Another is the choking traffic. Smog can be bad in Quito, and forget about trying to get anywhere fast in a car. But Old Town is completely walkable, and we were fortunate to enjoy wonderful weather, with vivid blue skies and refreshing mountain breezes that rendered the air much more breathable. This is a city every avid traveler should visit at least once, and not just for an overnight stopover on the way to the Galapagos, as so many people do. The city of eternal spring that sits in a mountain valley at the middle of the world is definitely worth a little more of your time. 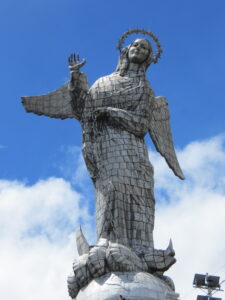 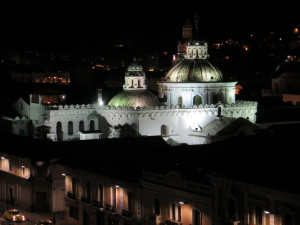 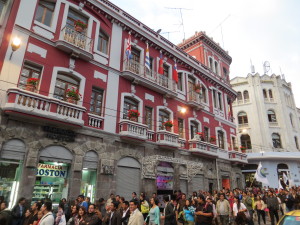 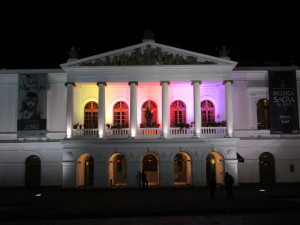 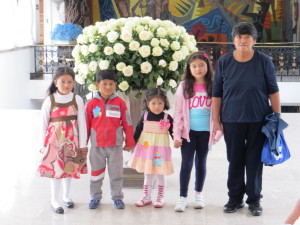 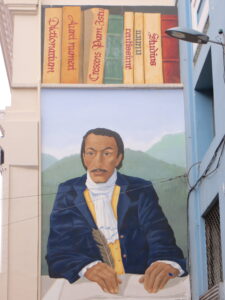 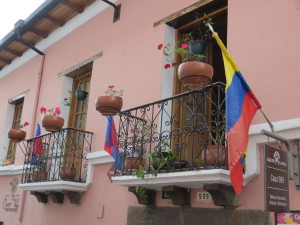 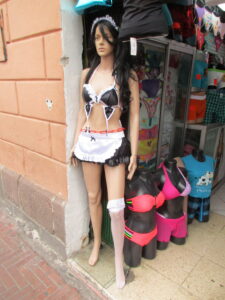 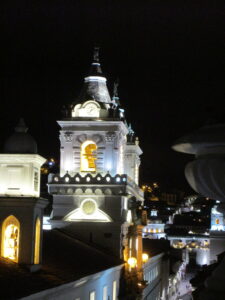 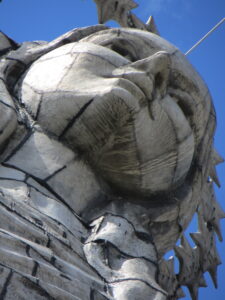 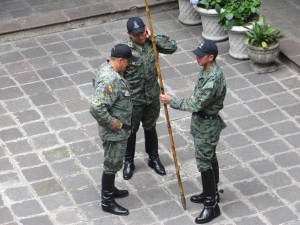 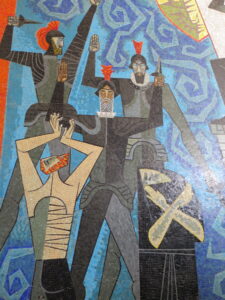 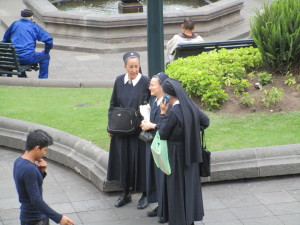 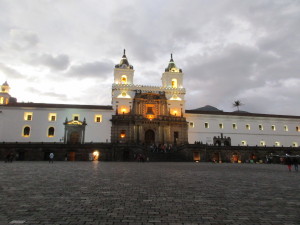 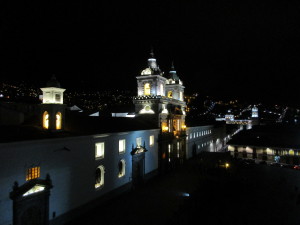