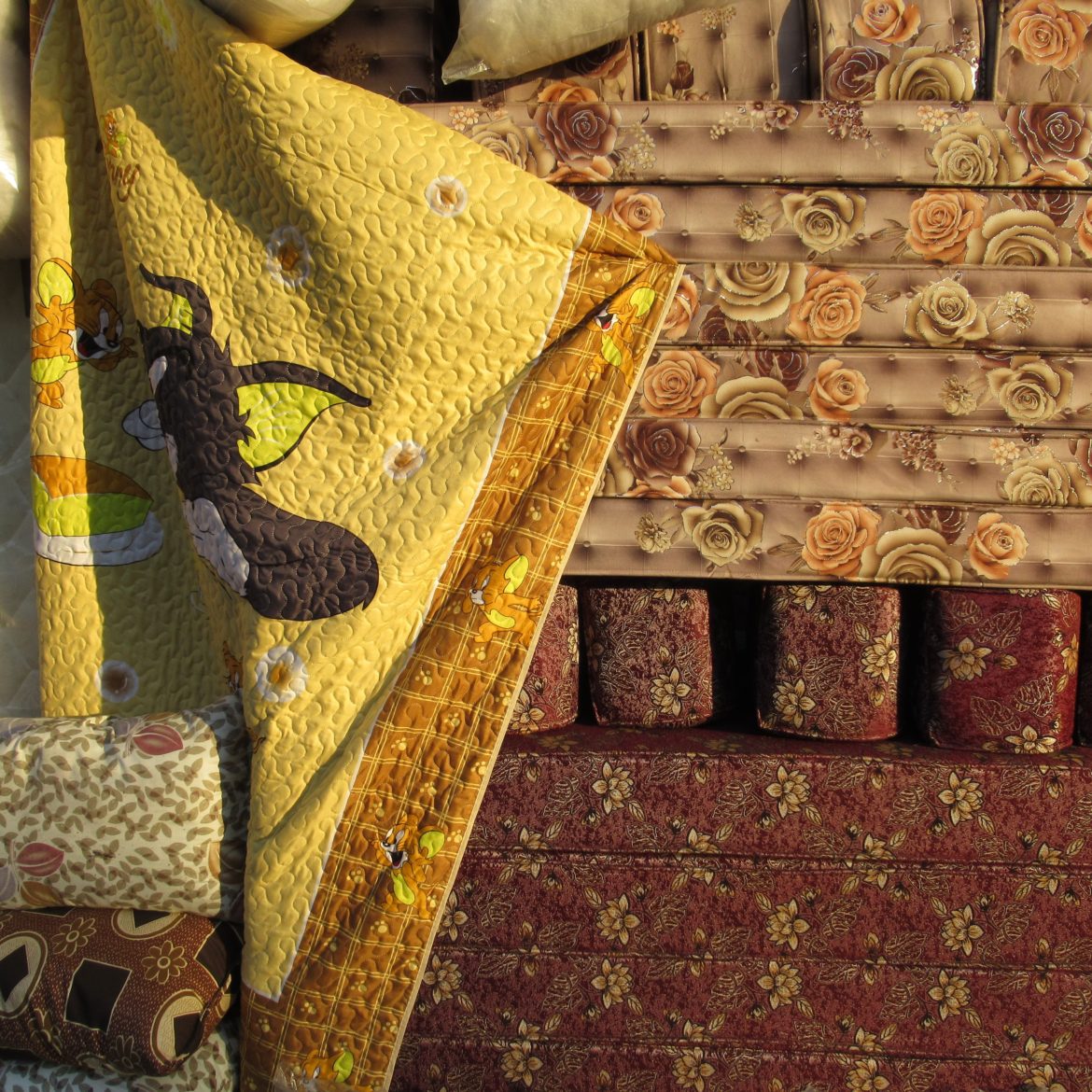 Our Middle East journey began in Amman, the capital of Jordan and home to almost half of the country’s nearly 11 million inhabitants. Amman has a fairly relaxed, open-minded culture that reflects Jordan’s more westernized sociopolitical climate when compared to most other Arab states. As a result, tourism flourishes and people visit without fear from all over the world.

In ancient times Amman was known as Philadelphia. We had no luck finding cheese steaks, but these birds might eventually make their way into some tasty meals. 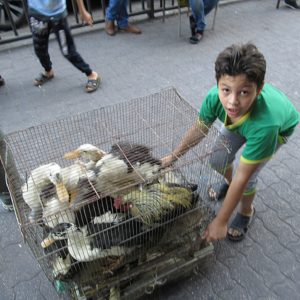 Jordan’s cuisine does feature a lot of chicken. And lamb. And hummus and pita bread, and olives and fresh veggies. Basically, it’s another delicious variation of Mediterranean cuisine. This is true of Jordanian baked goods too. Most are flavored naturally with things like nuts and fruit fillings, and are less sweet than their American counterparts. 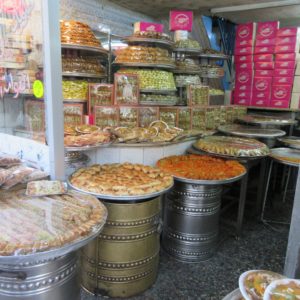 Because 95% of Jordan’s population is Muslim, you won’t see pork on the menu. But unlike many other Arab nations, alcoholic beverages are widely available. This is another example of Jordan’s more secular culture. 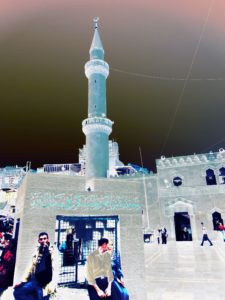 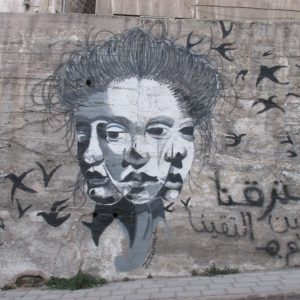 However, the King is still a revered figure. Even if his soapbox does occasionally overflow just a bit. 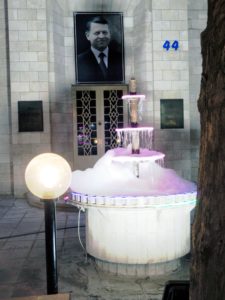 And as usual, I have to include a picture of a storefront. You can tell a lot about a people by the stuff they sell. No, it’s true. If the Jordanians weren’t such super nice peeps, who would buy all their cute cats? 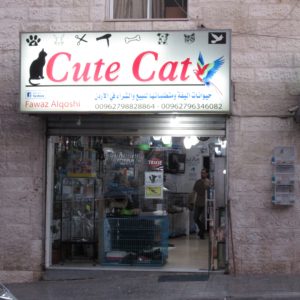 While we were in Amman, we also made a day trip to the city of Jerash, where you can see some really cool Roman ruins. 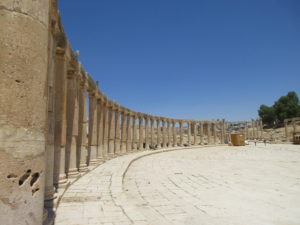 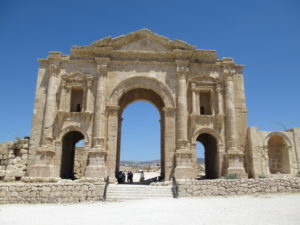 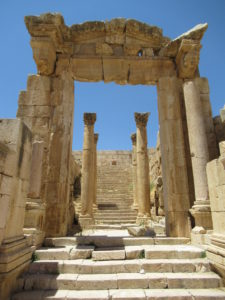 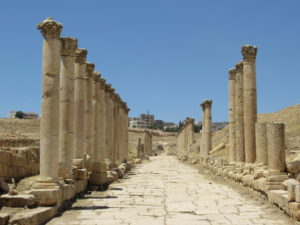 Some of the ruins appear slightly pornographic. But hey, you know how those Romans were. 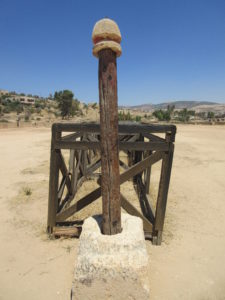 We found this ancient Roman boy dazed and wandering the grounds. He kept muttering something in Latin about how those 2,000 years just flew by. 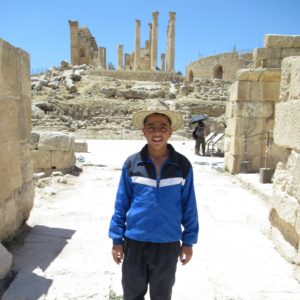 Using a nearby time machine, we gently returned the boy to the correct millennium. Hopefully his modern clothing doesn’t cause some kind of weird time travel paradox. Although I did also give him a USB flash drive. You know, just to fuck with those ancient philosophers a little.

Disclaimer: no Jordanian children were used for product testing or harmed in any way during the making of this blog.

Speaking of children, we crossed paths in Jerash with a whole gaggle of schoolgirls. I don’t know if they were tourists from another Arab country or out on a local school expedition, but either way they were styling in their blue baseball caps. They were also heavily armed with selfie sticks. 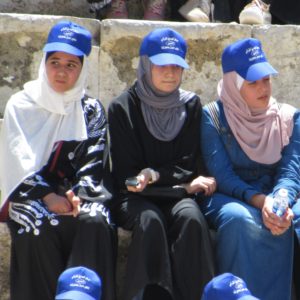 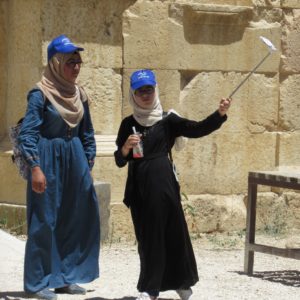 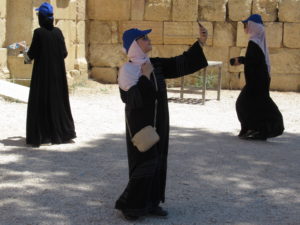 The girls weren’t the only ones taking selfies, of course. Now, I mean no disrespect to anyone’s religion or choice of clothing, but if your face is hidden from view, what’s the point of a selfie? 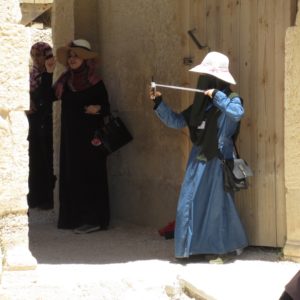 This was our cab from Jerash back to Amman. I kid you not. Were we scared to get in? You bet we were. 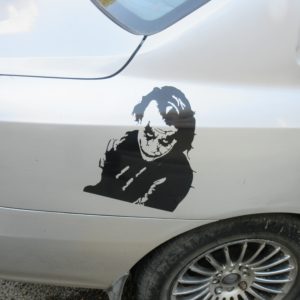 Maybe 2,000 years from now someone will dig up that frightening face and wonder what the hell kind of civilization ours was. I wonder the same thing sometimes. 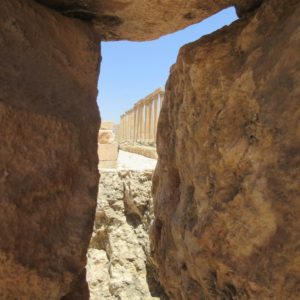 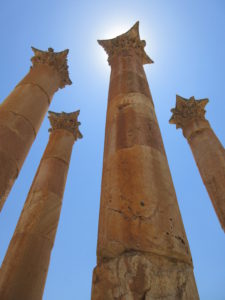