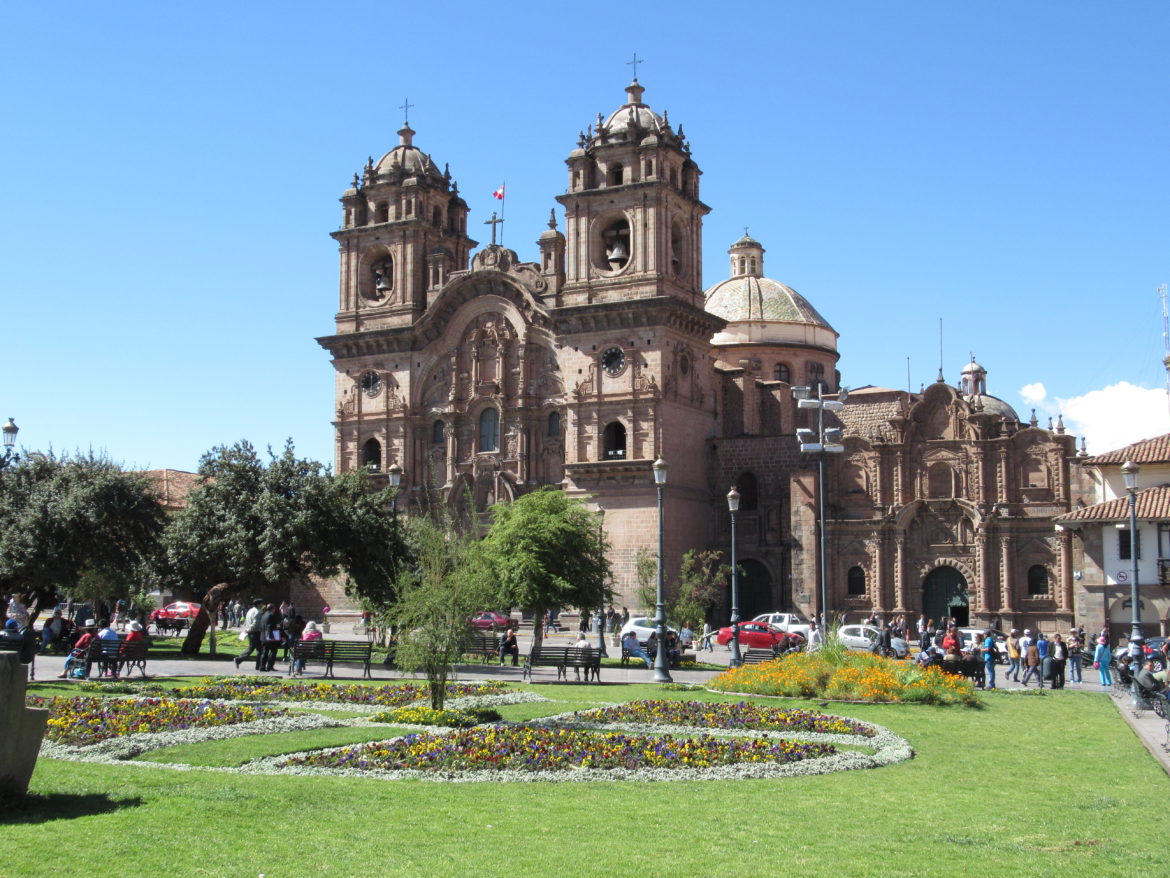 After our pilgrimage to Machu Picchu, we returned to Cuzco and paused to catch our breath. Problem is, it’s not so easy to catch your breath in Cuzco. At an elevation of over 11,000 feet, just walking up a flight of stairs can leave you gasping for air. Many people who visit Cuzco also suffer the hangover-like symptoms of mild altitude sickness: headache, nausea, poor sleep. That’s why we got the hell out of Cuzco as soon as our plane arrived there from Lima, and hired a van to take us down to the Sacred Valley and on to Machu Picchu. At 8,000 feet, Machu Picchu still left us feeling a little short of breath. But for most people, the risk of altitude sickness is minimal until they get above 10,000 feet or so. That’s why it’s the time spent in Cuzco that causes visitors to the region so much trouble. 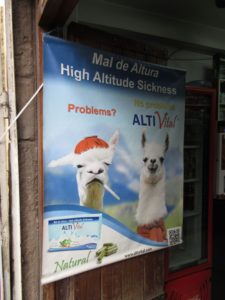 So why spend time in Cuzco at all? Why not hightail it back to Lima, suck down a few pisco sours (the national cocktail) and nibble on some ceviche at sea-level, where God surely intended all people to live? Well, we did manage a bit of that, briefly. Lima is an awesome city deserving several days all to itself. But Cuzco has a lot to offer too, and even in the confines of our one-week trip, it made sense to hang there a while. 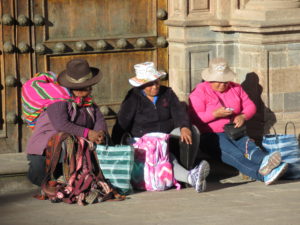 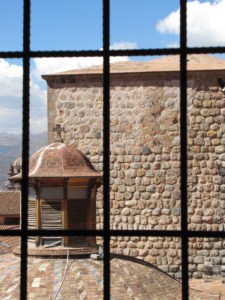 It’s not a big city. With a population of just over 300,000 (versus almost 8 million in Lima) Cuzco was easy to wander leisurely on foot (but again, with the four of us sometimes panting as if we were running a marathon). At one time Cuzco was ground zero for Incan civilization – it was essentially the empire’s capital, the Incan Rome. After the Spanish slaughtered the inhabitants, robbed the place of all its gold and silver, and built their own city on top of the ruins, Cuzco occupied a much less prominent place in Peru’s modern development, while Lima became the new and very prosperous capital.

But Cuzco is enjoying a kind of renaissance in this era of Machu Picchu madness. Since a million travelers each year have to pass through Cuzco to get to the mystical mountain, the city has experienced a huge increase in tourism and economic development. It has also became a foodie destination, in a country already known for some pretty spectacular cuisine. At one point, we passed a trendy confectionery and our friend Karin uttered the best line of the whole trip.

“Stick your face in here,” she declared. “It smells delicious.”

Context is everything. Karin was talking about the bakery’s open doorway, where the intoxicating scent of freshly-baked sweets lured us in like sailors under the sirens’ spell. 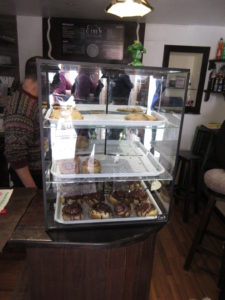 This little display case may have looked unassuming, but oh my, those pastries were yummy! 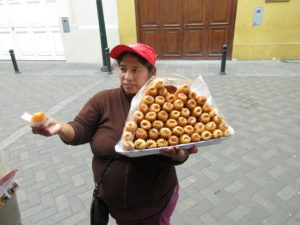 If you want a more traditional sweet snack, churros are for sale everywhere.

In addition to a burgeoning culinary scene, Cuzco features some lovely Spanish-era colonial architecture. The most impressive spot is the central square called Plaza de Armas (same as in Lima), where you’ll find the Cuzco Cathedral, the Church of the Society of Jesus (La Compañía de Jesús), and a controversial fountain. The fountain was originally installed in the early 20th Century with a statue of a Native American warrior on top. A few years ago the city replaced the statue with one of Pachacuti, the 9th Incan emperor. The problem is that, while an Incan king presiding over Cuzco’s main square certainly makes more sense than a Native American, it was a major change to a place that is supposed to be historically preserved. 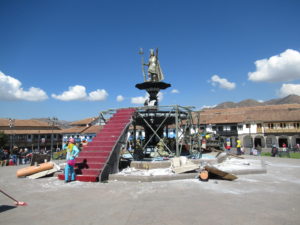 The fountain was undergoing some minor repairs that morning. But wait! Is that…could it be…yes, I believe that’s the selfie slut at the bottom of the staircase! 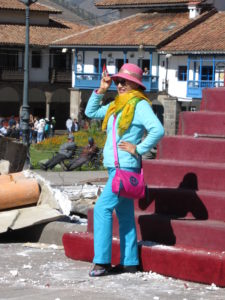 The selfie slut poses for a rare non-selfie. Isn’t she fabulous? 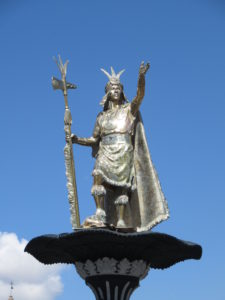 Meanwhile, Pachacuti does his best to ignore the indignity. 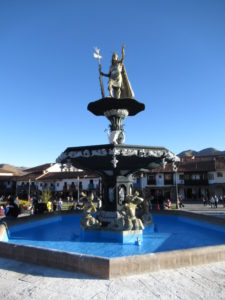 That afternoon the scaffolding and the selfie slut are both long gone, and dear old Pachacuti has his honor restored.

Cuzco has lots of quaint side streets to wander, with all kinds of interesting stores, restaurants, and of course tons of tourist merchandise. Just outside of town are some nice ruins you can check out as well. But after visiting Machu Picchu we were, uh, temporarily ruined for more ruins. On the other hand, when it came to buying lots of heavenly soft alpaca clothes and accessories like the good little American consumers we are, well, even Cuzco’s thin air couldn’t keep us from shopping until we dropped. 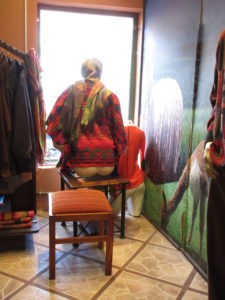 These poor mannequins were not properly dressed for Cuzco’s chilly winter evenings. 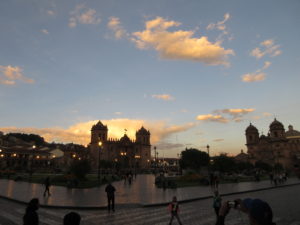 A gorgeous day in Cuzco gives way to dusk.

Fortunately, Cuzco offers multiple elixirs to soothe its exhausted, breathless tourists. Mate de coca, an herbal tea made from the same leaves that are used to produce cocaine, is supposed to help relieve the symptoms of altitude sickness. It is ubiquitous in the region. A serving yields only the tiniest amount of ingested coca. But in the form we drank it, it is nevertheless illegal in the United States.

If you want something stronger, and perfectly legal back home, then you go for one of those pisco sours. We were privileged to have batches of the stuff made fresh for us right in our hotel rooms. The main ingredient is pisco, a grape liqueur or brandy similar to grappa. To a generous pouring of that you add egg whites, lime juice, and simple syrup. Shake the concoction vigorously, strain it into your cocktail glass, and add a few drops of Angostura bitters.

Then sit back, put your feet up, and sip leisurely on this refreshing beverage that is the pride of Peru. But be warned. The drink can be much, much stronger than it tastes. if you didn’t already feel like you were floating at 11,000 feet, well, you soon will. 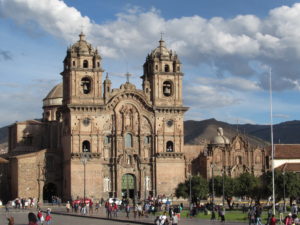 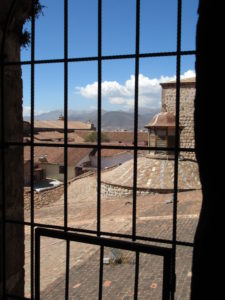 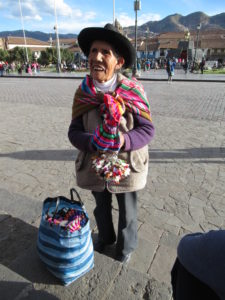 Everywhere we went in Peru, we found the people friendly and hard-working. 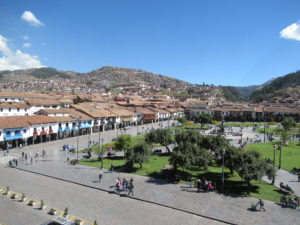 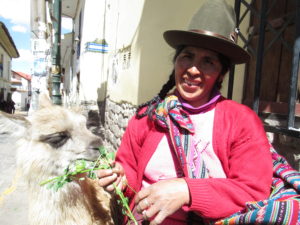 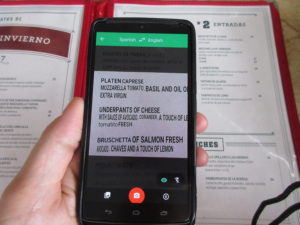 Google Translate comes in handy a lot. But either this is one of the app’s occasional misfires or one of Peru’s least appetizing menu items. 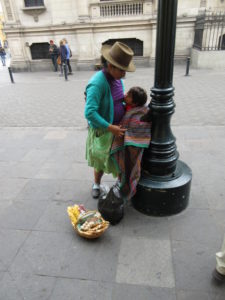