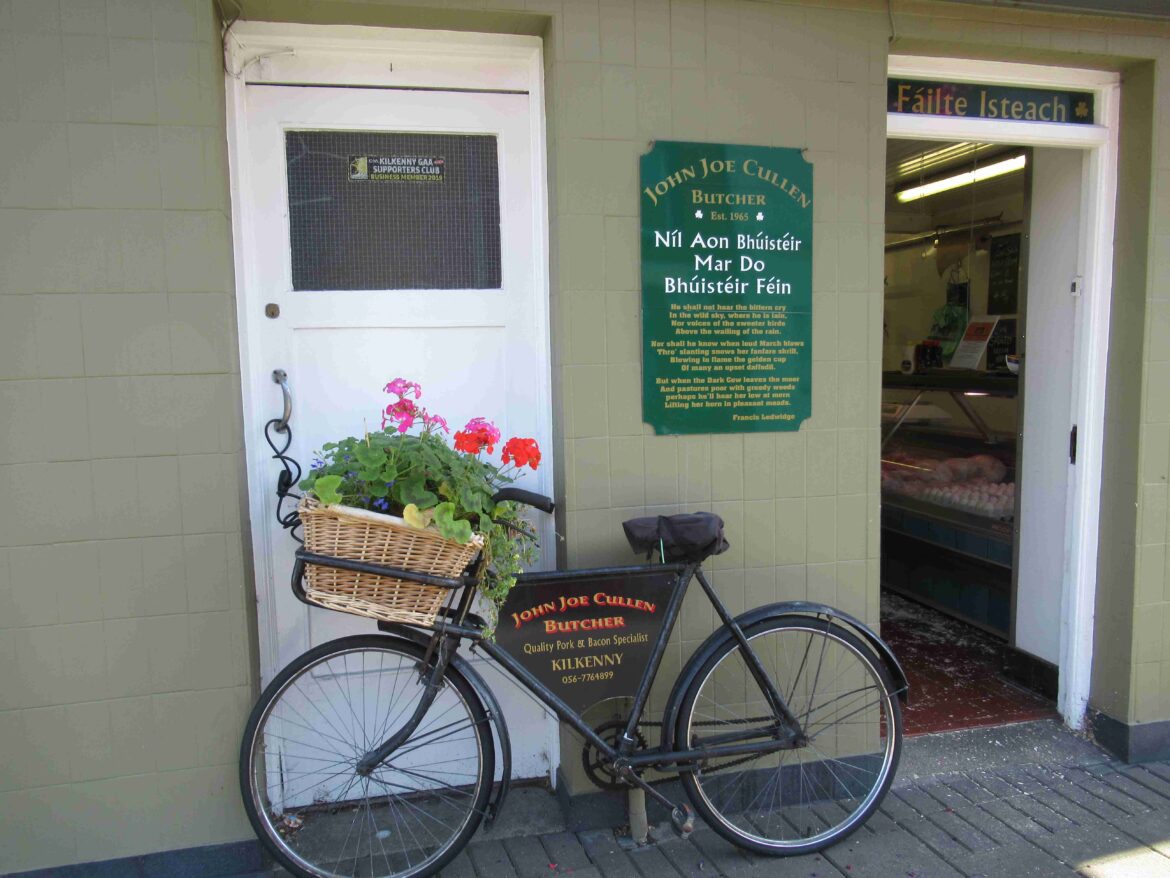 On a gorgeous day in early September 2021, with the sky a brilliant blue and temperatures in the 70s, we visited the very popular, ancient, beloved Irish town of Kilkenny.

Almost all by ourselves.

Kilkenny was Ireland’s capital in medieval times, so it has lots of heritage and history. It has a well-preserved castle and some magnificent old churches. (Though it must be said that old castles and churches are almost as common in Ireland as pubs and roundabouts.) Kilkenny also has a maze of streets and alleys chock full of interesting shops and cafes. And it has some lovely views of the River Nore.

So on a spectacular late summer day, Kilkenny should have been packed with tourists. And it would have been, of course, if not for Covid.

According to the locals, the town was indeed crowded during the summer. But the tourists were mostly Irish. Like people everywhere in the world, the pandemic left the Irish with a lot of pent-up energy, so when Covid appeared to be on the wane back in June, they packed their bags and their families and went out to see the sites in their own country.

But now the summer holiday season had wound down and school had started again, and the domestic tourism in Ireland had mostly dried up. And unfortunately for towns like Kilkenny (and Waterford, where we were staying, and presumably most everywhere in Ireland) the foreign tourists – especially Americans – weren’t around to take up the slack.

The cashiers at the Carroll’s in Kilkenny were as lovely and friendly as all the Irish seem to be. And they were only too happy to chat with us and pose for pictures. Because, you see, they had no customers to wait on.

After the castle, we visited St. Canice’s Cathedral, a 13th Century masterpiece. The attendant assured us that, on a sunny September day pre-pandemic, the place would have been teeming with tourists. But during our midday visit, we pretty much had the church to ourselves.

Our hotel in Waterford was actually pretty busy, but again, the guests were almost exclusively Irish – many of them older folks whose kids (if they had kids) were no doubt well past their school years. And sadly, lots of pubs, restaurants, and shops in Waterford remained “temporarily” closed, as they had been since the pandemic first hit full force in early 2020. For many of those businesses, reopening may never happen. Of course, this kind of economic turmoil has hit communities hard all around the world. But somehow, it feels especially troubling to me in Ireland. Maybe because the people are just so damned nice.

George and I know we won’t really have Ireland to ourselves on this trip. Foreign tourists like us are slowly returning. And those Irish with the means and opportunity will no doubt continue to take holidays in their own country too. But we don’t expect to encounter the massive crowds that are usually part of the Irish tourism experience. For us, that’s kind of a good thing. We wouldn’t mind if this trip lasted forever. But for the goodhearted and hardworking people of Ireland, the time of Covid can’t end soon enough.