The Fog and the Wooly 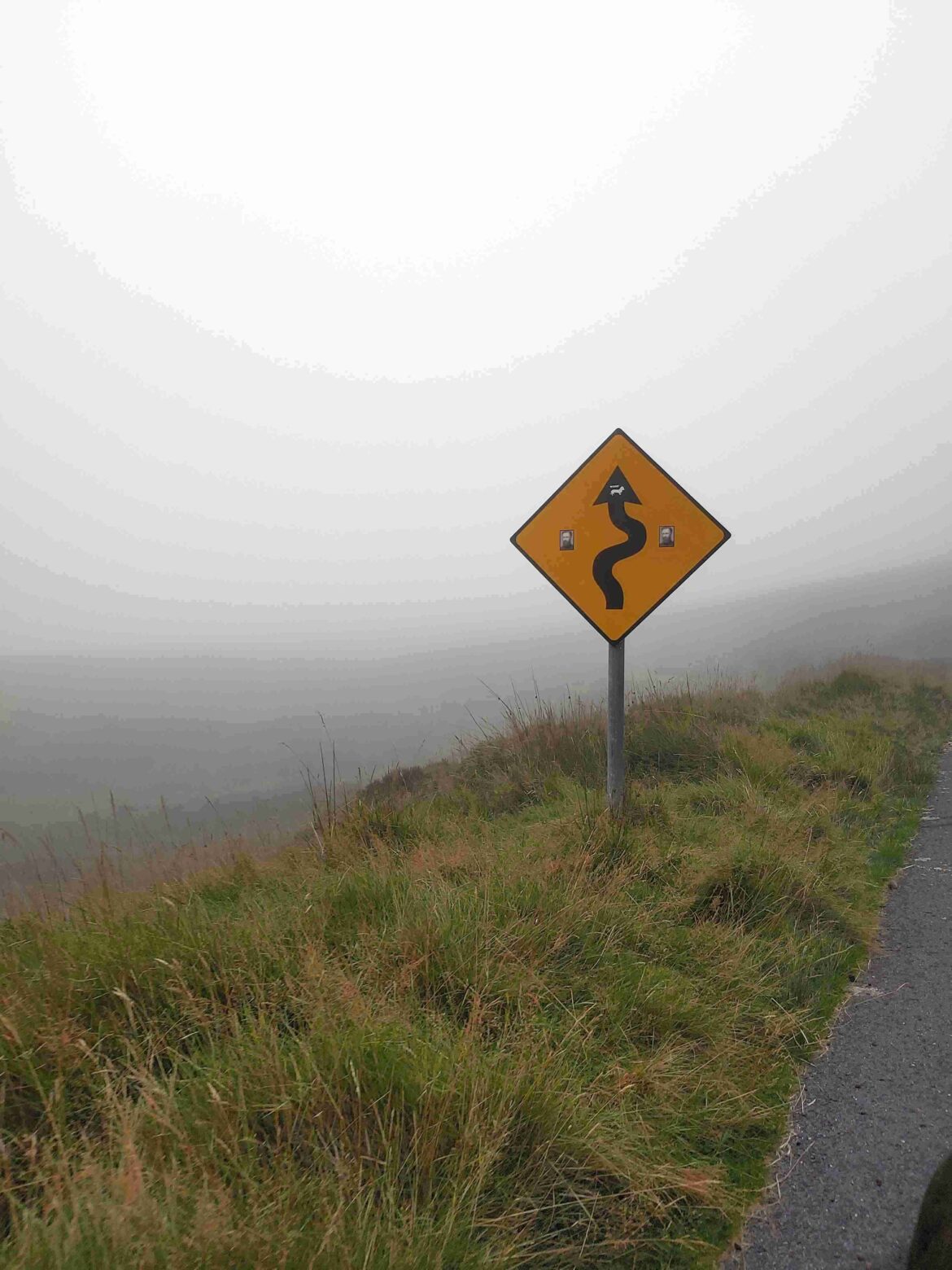 Our transatlantic crossing was surprisingly uneventful. Despite all the news about travel inconveniences during the time of Covid, our flights were on time and the airports were no more unpleasant than usual. Even connecting through Newark was unexpectedly tolerable (for a change). On the other side of the pond, immigration and customs were a breeze. All the Irish people we’ve encountered so far seem very happy to see American tourists.

We started our journey through Ireland by heading south from Dublin, then traversing the Wicklow mountains towards Glendalough. We approached the mountain road cautiously. Actually, we’re always cautious drivers when we travel. We stay below speed limits, we make frequent pit stops (which is part of the fun), and we never try to cover too much ground on any given day. Let’s face it – safe and attentive driving is mostly a chore no matter where in the world you are. And avoiding long stretches in the car is better for one’s physical well-being. Well, for mine, anyway.

But our tour through the Wicklow mountains took the phrase “go slow and easy” to an almost surreal extreme. For one thing, the road is twisty. And like many secondary and tertiary roads in Ireland, it’s barely wide enough to accommodate vehicles heading in opposite directions. We also happened to be passing through on a Sunday, so we were joined by hoards of serious biking enthusiasts weaving this way and that like moving obstacles in a video game. Then a thick fog rolled over the mountains, and flocks of sheep started venturing into the roadway like, well, like wooly moving obstacles. On top of that, we hadn’t driven on the left side of the road for a number of years, and we were both a little jet-lagged.

At least the leisurely pace gave us plenty of opportunities to admire the breathtaking views of the valleys below. Unfortunately, the fog made it impossible for our cameras to capture what our eyes could manage to see. But trust me, it was worth navigating all those sheep and bikers.

Eventually we made it to our first proper destination, Glendalough. That’s where you can meander around the ruins of a monastery founded 1,500 years ago. The ruins are nestled in a beautiful wooded park with two lakes and lots of ancient trees. An old cemetery adds to the mystique.

Bonus non-sequitur: we’ve already encountered our very first Macbethian toilet in Ireland. All over the world – and the United States is no exception – we’ve had to deal with toilets that make a ton of noise and churn water like a nuclear power plant but somehow fail to accomplish the simple goal of actually flushing away the contents. I call them Macbethian toilets because the murderous old Scot would have said it best – it is a toilet built by an idiot, full of sound and fury, eliminating nothing.