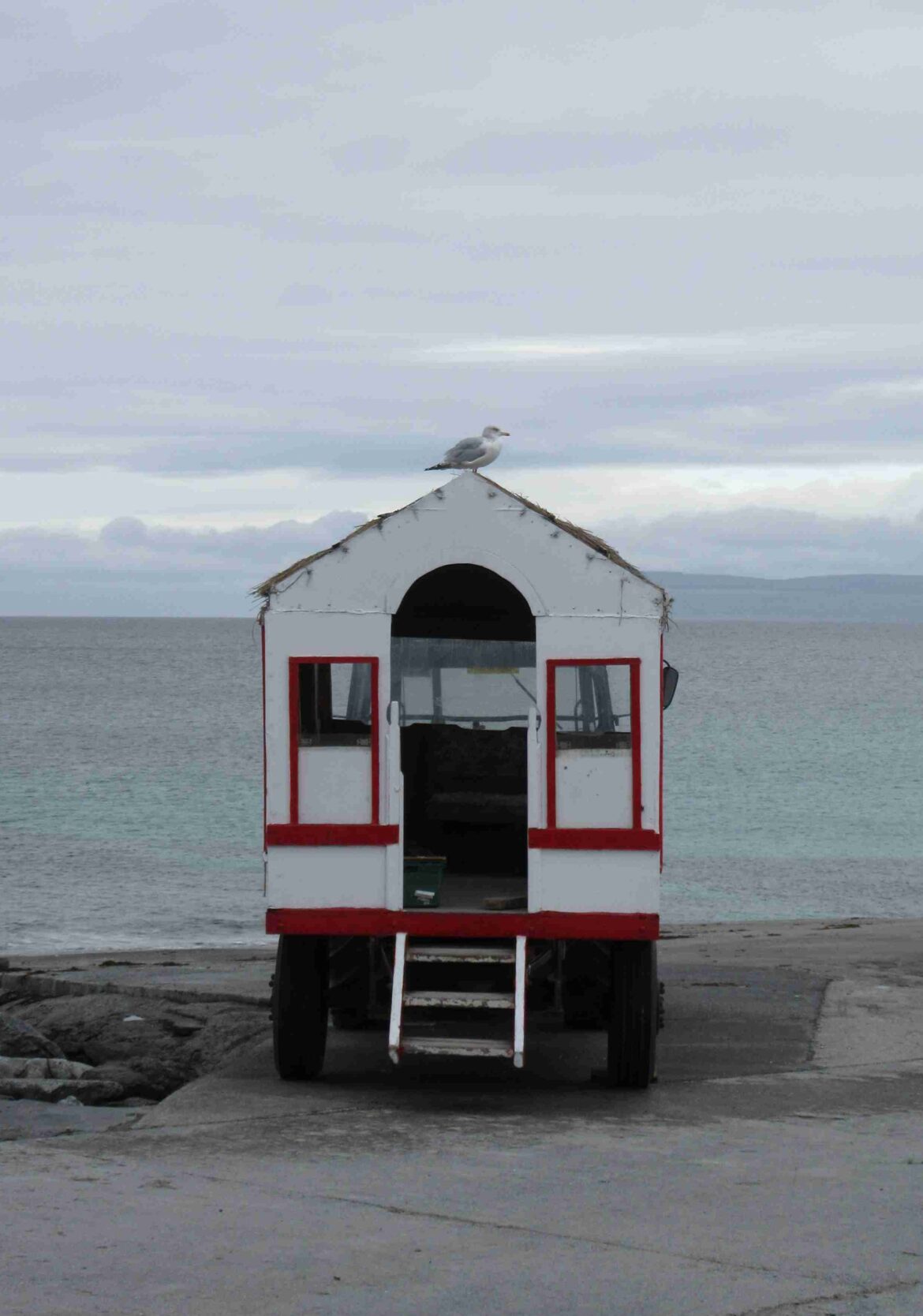 Ireland is an island. That much I knew before we went there. What I didn’t know is that it’s the third largest island in Europe. (Maybe that random factoid will come in handy one day.) But Ireland also claims about 80 islands of its own. What do you call islands that belong to an island? I still don’t know that.

Ireland’s islands are mostly very small. Some are not even inhabited. We visited one that is, though by fewer than 300 people. The residents of that particular island call it Inis Oírr. The English name is Inisheer. It’s the smallest of a grouping of three islands in County Galway called the Aran Islands.

You get to Inisheer by passenger ferry. The trip takes about 15-20 minutes. Then you wander around admiring the ruins and the weird, medieval-looking property lines. You can also listen to the locals chit-chat in Irish. The Aran Islands are in one of the relatively few districts in Ireland – known collectively as the Gaeltacht – where Irish is still the primary language, not English.

We also visited Ireland’s largest island, Achill. You arrive on Achill Island more conventionally, by bridge. Among other attractions, Achill Island features one of the most beautiful beaches George and I have ever set foot on (and we’ve been on quite a few beaches). Once again, unfortunately, our pictures don’t do the place justice.

There are many other islands worth visiting in Ireland. (Except they’re not exactly in Ireland, if you get what I mean.) We look forward to returning and seeing more of them.

In between our visits to Inisheer and Achill, we spent some time in Galway, the Republic of Ireland’s fourth-largest city. Galway has a lively, youthful, artistic vibe. I would say it’s Ireland’s most Bohemian city.

In Ireland, it can be hard to choose between spending time in urban settings versus out in nature. The people are so friendly that you want to be around them as much as possible and soak up their passion for living. But sometimes a lonely, peaceful setting can be just as wonderful. A place where you can hear yourself think. Or better yet, where you can try not thinking at all.