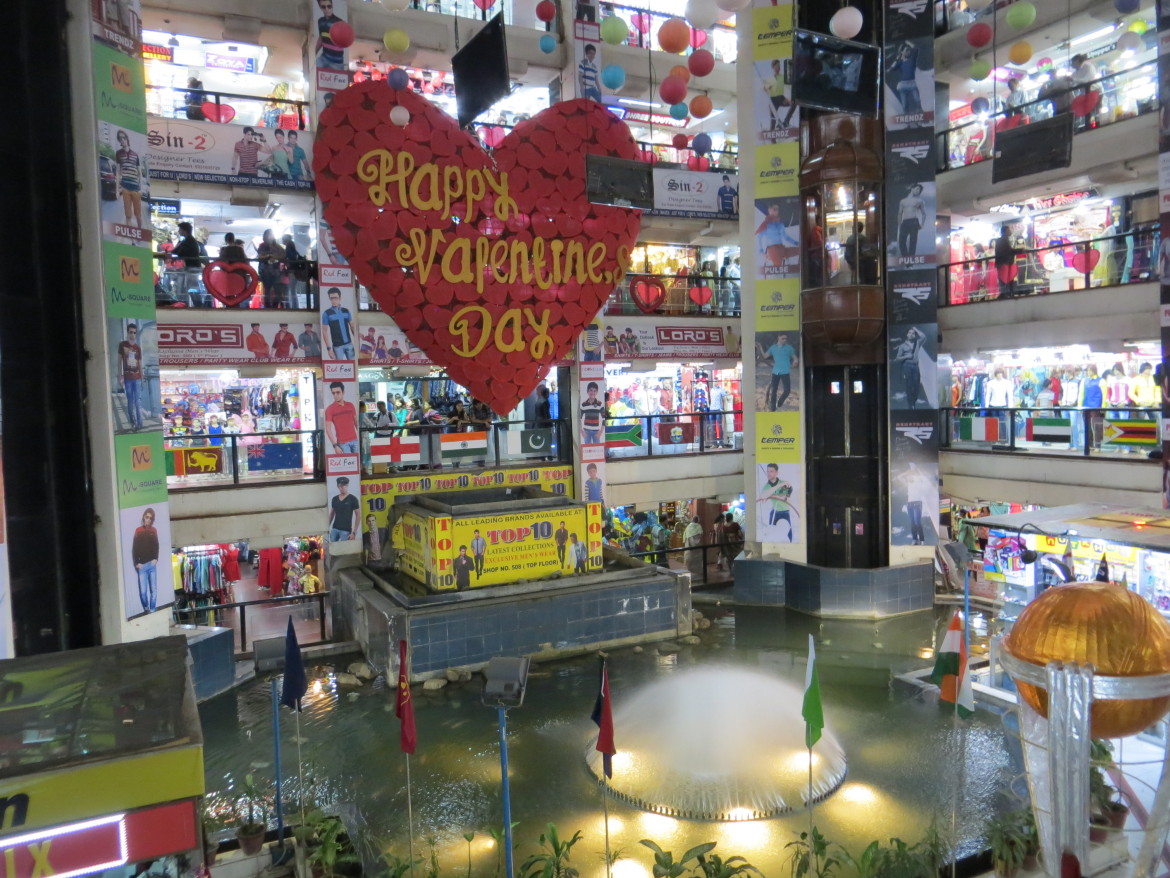 That’s the name of an early 1970s musical in which the whole cast disrobes piece by piece, eventually revealing all their naughty bits, while performing skits about sexual mores and taboos and so forth. It has nothing to do with the city of Calcutta. The title was derived from a French language pun about admiring someone’s shapely buttocks. Despite a couple of long runs on Broadway, including a revival of record length in its day, the show is generally regarded as awful (we’ve never seen it).

Oh! Calcutta! is also one of the city’s best Bengali restaurants. Despite the cheesy ripoff name and a suspicious location at the top of a shopping mall, we have to agree the food is really good. In fact all of our Bengali dinners have been excellent. It’s a cuisine closely related to, yet significantly different from, the northern Indian food usually found in America. The emphasis is on mustard and cumin, fish and fresh vegetables. It’s the first time we’ve had green veggies in India that weren’t cooked into mush.

And while we’re throwing useless trivia at you, the city no longer goes by its old British derivative moniker. It’s now called Kolkata, which is the correct Bengali spelling and pronunciation. But the British influence remains, from the decaying though still glorious Colonial architecture, to the servantile mannerisms and stiff upper lip politeness of the local folk, who have somewhat more Asian facial features than their counterparts in Delhi.

Of course no visit to Kolkata would be complete without a pilgrimage to Mother Teresa’s convent and final resting place. As you can see, her tomb is relatively simple and plain, in accord with the way she presumably lived her life.

At this point in our trip, we have to say that the people of India are a horny lot. We’re not referring to the exploding population, though that phenomenon is probably aided by hormones that surely flow like the Ganges. (Maybe they’ve all watched a play full of naked people.) No, it’s the incessant blaring of horns out on the streets that we could happily do without. Every car, tuk-tuk and motorbike is constantly honking away. It’s a cacophony of noise torture that could give water boarding a run for its money. Will we become immune to it? Or go postal on some poor unsuspecting little Indian beggar child? We’ve just about reached the halfway point of our journey, so stay tuned. 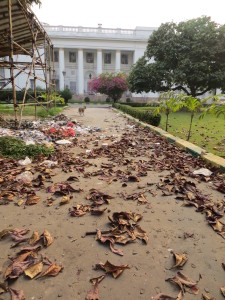 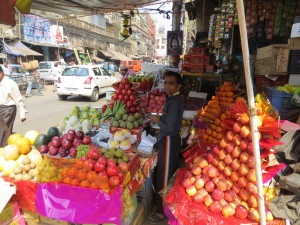 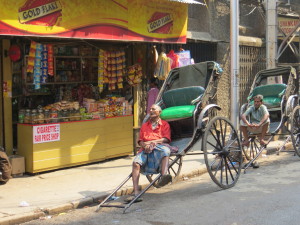 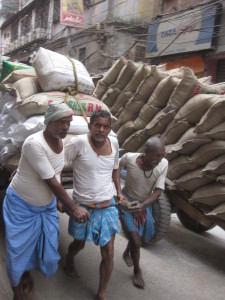 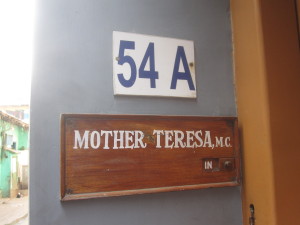 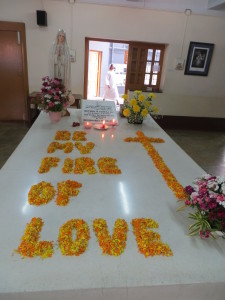 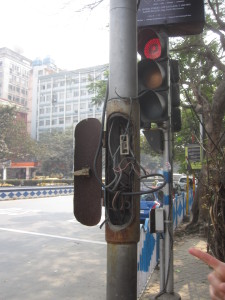 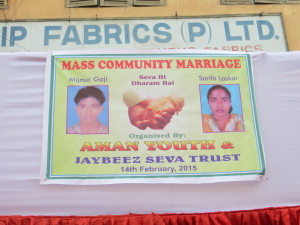