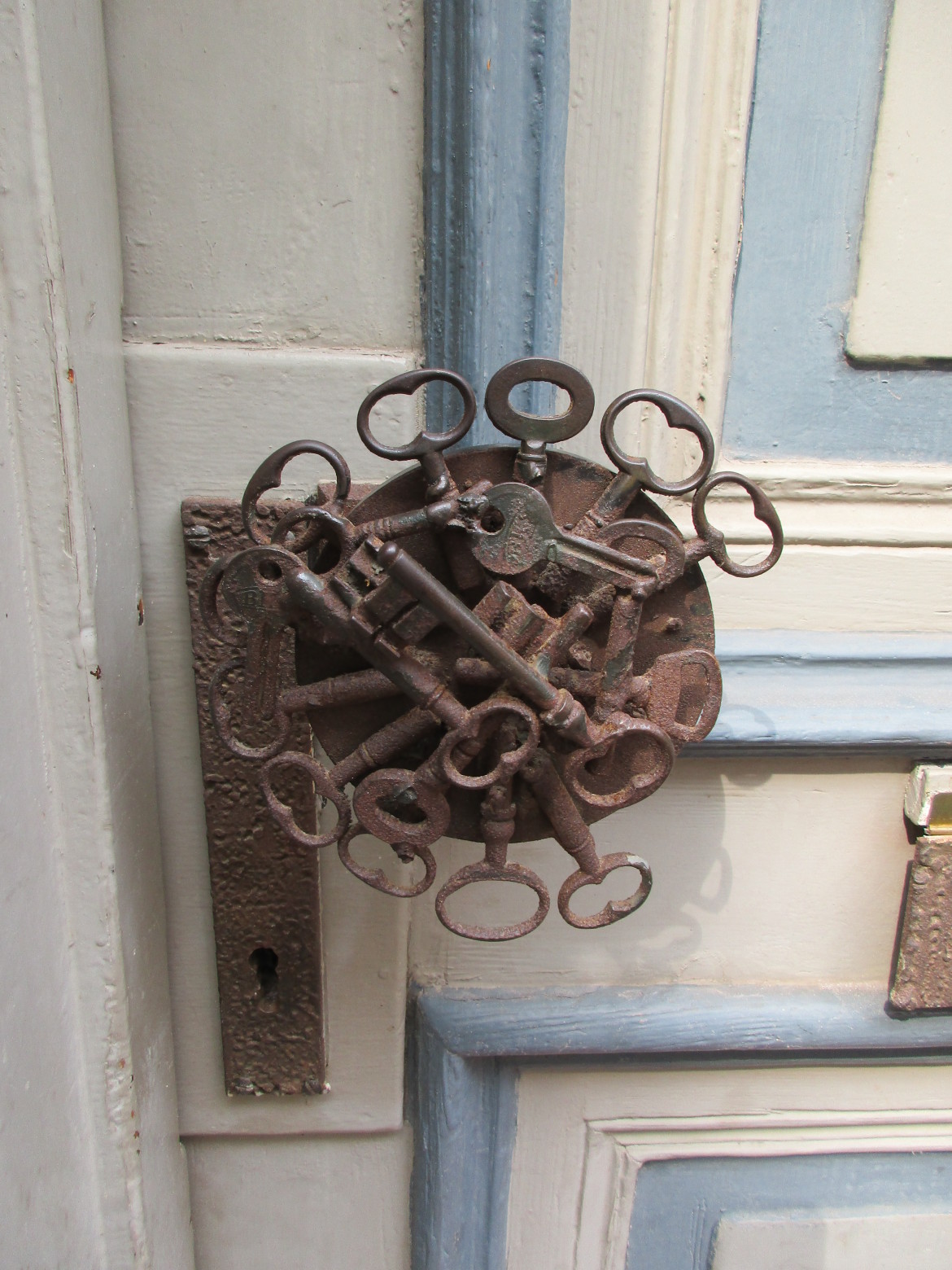 Seven years before he took his family to Bremerhaven to board a ship to America, George’s great-great-great grandfather Johann Heinrich Germer married Dorothea Stichmann in the small village of Sickte where they both lived. Johann and Dorothea already had two sons by then. Now, you might think it was a bit naughty to sire two children out of wedlock. But to do so was common in Deutschland in those days, as there was a steep tax to get married and many ordinary people simply didn’t. (That was another reason so many of them emigrated, as no such tax existed in the States.) We don’t know for sure why Dorothea and Johann finally tied the knot while still in their homeland. It may have been because Johann had just earned his master shoemaker’s certificate. In any case, they got married in November 1838, in the Lutheran church of St. Petri in Sickte.

And so we drove to Sickte, fifteen minutes by car outside of Braunschweig, on an overcast Sunday morning, to attend the regularly scheduled service at that very same church.

The day before, we arrived in Braunschweig (known as Brunswick in English) to finally meet Cordula, the younger sister of Gisa (the lovely woman we got to know in Frankfurt). Meeting Cordula for the first time was another exciting moment on the trip, as George and Cordula had been emailing back and forth for a decade. Despite the shared last name, George is not related to Cordula and Gisa, at least as far as we know. As for the social connection, that was established by George’s brother, Joe. Many years ago Joe discovered a German website with the same family name. Joe contacted the website owner, who turned out to be Gisa and Cordula’s brother, Paul George. (Okay, now we’ve got a second George to go along with our multiple Johanns. Is your head spinning yet? Have a cup of coffee and try to keep up.) Our George then got connected to Cordula, and the two of them began a correspondence that would turn into a friendship, but one that lacked an important element: a face-to-face encounter.

On that first afternoon in Braunschweig, as George and I wolfed down a couple of fast, fresh sandwiches in a café bordering the nearly deserted Altstadt Square, three people approached us. George’s eyes lit up.

“That’s her,” he said, his voice filled with giddy disbelief. “That’s Cordula.”

Sure enough it was. And her husband Holger, and their younger son Justus. Meeting them felt like meeting old friends. That doesn’t make any sense, of course. We’d never seen these people in person before in our lives. But the more time we spent with them, the more it felt like we’d known them for years.

Cordula teaches English as a second language in Braunschweig. She also trains others to teach. Holger is a history teacher (and a very knowledgeable one). Justus doesn’t have a job yet, but that’s because he’s only four years old.

Our new Braunschweig friends gave us a tour of their city, which was once fairly close to the border between West and East Germany. Braunschweig has an eclectic mix of architecture, ranging from medieval structures that were spared during WWII, to various mid-20th Century styles (including the clean, sweeping lines of modern Swiss design and the atrocity of “neo-brutilistic” pitted cement) to the late 20th Century cartoonish graphics of the Rizzi office buildings that house the New Yorker (a European clothing store chain, not the American magazine). After the tour, we all enjoyed a nice dinner in an organic German restaurant (yes, that sounds weird to us too). Then George and I made plans to meet up with Cordula the following morning at the church in Sickte.

Our experience at the church was a bit emotional for George. This little building – less adorned in Protestant times than it would have been prior to the Reformation, but still featuring some inspired ceilings (think Catholic “lite”) – was the place where George’s great-great-great grandparents got married 177 years ago. We stood at the very alter where they exchanged their vows. Was their son Johann Junior, even younger at the time than our new friend Justus, among the congregation? Perhaps being soothed and quieted by his grandmother while the ceremony took place? We don’t know. What we do know is that the marriage produced two more children, and then a brave journey to America, and then several happy and prosperous decades in Baltimore, until Johann and Dorothea died just one year apart.

The service at St. Petri was in German, naturally, so George and I could only make out a smattering of phrases. Afterwards the pastor extended an invitation – in both German and then pretty good English – for us to join the rest of the small congregation for Kaffee and Kuchen. (It seems the Germans will use any excuse to have Kaffee and Kuchen – but that’s not necessarily a bad thing.) The gathering in the community room was perhaps the best part of the morning. We met some really nice people. A few could speak English, several couldn’t, and I demonstrated my inability to speak German several times too. But with Cordula translating, all was well. Best of all, a village elder named Peter Müller presented us with a copy of a book called “1100 Years of Sickte.” It’s a history of Sickte that may contain references to one or more of George’s relatives. We’re not sure yet, since the text is in German. Over the years, Herr Müller made numerous painstaking written corrections and additions in the margins. Despite this, he insisted we keep the book as his gift, to commemorate our visit to Sickte! We have been fortunate enough to experience such uncommon hospitality in our travels before, and each time we are deeply moved by the generosity that people are capable of.

Our hosts Cordula and Holger showed us even more hospitality. They drove us to nearby places of importance in George’s family history, including the monastery and environs of Riddagshausen, where Johann Senior went to apply for his family’s emigration papers, and the village of Wolfenbuttel, where Johann was issued his shoemaker certificate. They gave us tours and history lessons, they translated for us, and best of all, they fed us like family! We enjoyed two wonderful meals at their home on the outskirts of Braunschweig. The first was a barbecue feast, with Holger as grillmaster and Cordula as baker (she made the best Black Forest Cake ever). The second night we were joined by Cordula and Gisa’s parents, and Cordula and Holger’s older son, Moritz. We ate until we were ready to burst. And during the meal Holger opened one fantastic bottle of wine after another. (We always appreciate a person with a passion for wine.) Despite the language difficulties, we all managed to laugh and share stories and get to know one another.

These are the travel experiences we truly treasure. The touristy stuff is fine too – seeing the Taj Mahal in person, for example, was pretty damn special – but nothing beats the moments when we’re spending time with local people in local settings enjoying local food and getting glimpses of local life. In the end, this is why we travel. And the more we do, the more we believe that the differences among peoples and cultures do not run as deep as the similarities within us all.

We can only hope that, despite the big ocean between their home and ours, we will see our new German friends again very soon. In the meantime, George and Cordula will no doubt carry on with their emails. And now we must carry on too, to Leipzig and Dresden, for a taste of that old East German world that was so close to Braunschweig, in a country that, as Holger explained, both wants and needs to forget – but also knows it must never forget – why it was once so divided. 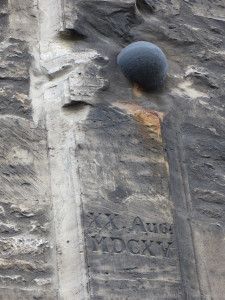 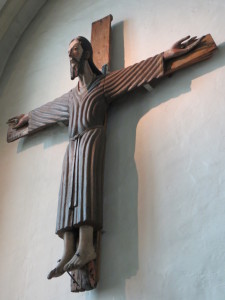 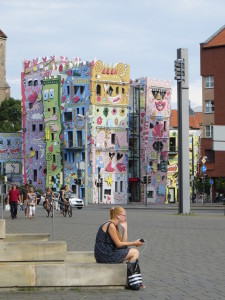 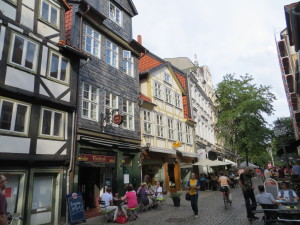 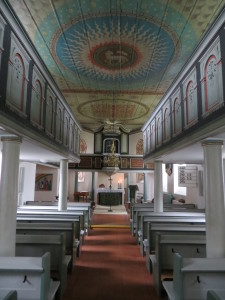 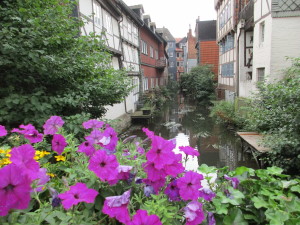 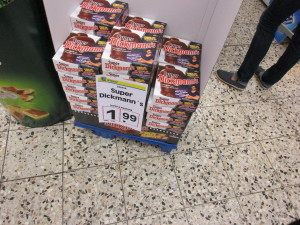