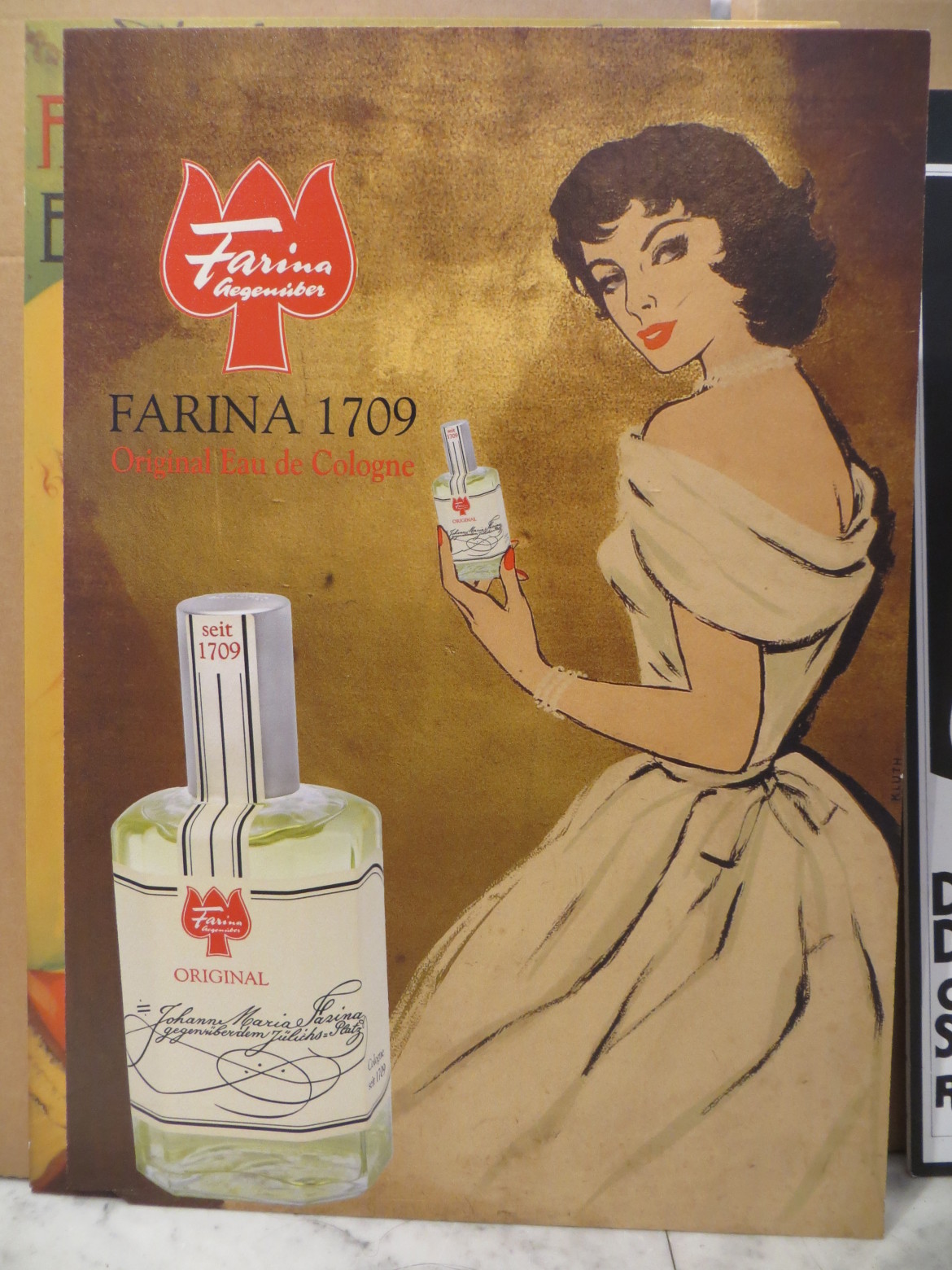 The city of Cologne, which the Germans call Köln (and it’s their city, so they can call it whatever they like) is one of the oldest cities in Germany. As a result, it has lots and lots of churches that were originally built during very different periods in history. But like many German cities, Cologne was blasted pretty badly during World War II, so a lot of those churches are now reconstructions, either in whole or in part. That includes the main cathedral, which was started in the 12th Century but not finished until the 19th Century, only to be bombed back to partial status in the 20th century. Not the Germans’ best timing. The cathedral, or Dom as it’s called, is an enormous structure that towers over the west bank of the Rhine. It’s as if the people of Cologne, by erecting a sacred skyscraper, were hoping to reach out and touch God.

Whether they succeeded is unclear. It’s entirely possibly that God merely recoiled at the sight of yet another gigantic Gothic church in His honor.

Our first evening in Cologne ended with a delicious alfresco meal at a local winehouse (no relation to Amy). In fact all our dinners in Germany up to and including that one have been al fresco, because the weather has just been too lovely to miss. But there’s a problem with eating outside in Germany. A significant portion of the population still smokes, and some of them puff away as if quitting might kill them. And it only takes one or two people lighting up during a meal to adversely affect the experience. Mmm, this sausage sure is tasty…it has a nice smoky flavor…oh wait, that’s a Marlboro. Maybe the air around German restaurants would be fresher if there weren’t so many damn automated cigarette dispensers. Hello, Deutschland? 1978 called. They want their vending machines back. (Actually, these are fancy new ones that take credit cards. Now that’s progress!)

But let’s face it, all that smoking really isn’t funny. Germany is going to face a serious public health crisis in the coming years if it doesn’t give its citizens stronger incentives to quit.

The weather the next day didn’t have us laughing either. Faced with a steady drizzle, we scrambled for stuff to do. Being a Monday, most of the museums were closed. (Poor Karen Carpenter would have been so depressed.) We spent some time touring the Dom, but despite its sheer size and grandeur we weren’t especially wowed. (Then again, we’ve been to St Peter’s and La Familia Sagrada, so like God, we might be a bit jaded.) We meandered along the cobblestone streets that wind away from the Rhine, ducking into shops and cafés when the occasional rain fell. We found two open museums, one of which was the very cool Farina Fragrance Museum. It tells the story of Johann Farina, who created the original Eau de Cologne in 1709. In those days it was truly a luxury product: one bottle of the stuff would have cost a servant the equivalent of 6 months’ salary. So naturally Farina’s clients were the wealthy and famous, including Napoleon, who was said to have used a whole bottle each day. Talk about being drenched in cologne. We were too, by the time evening came, when the on-and-off precipitation turned into a torrential downpour. So we holed up in the hotel, drinking red German wine and eating bar food. It was our first German dinner indoors, but at least we weren’t assaulted by cigarette smoke.

The rain was worth it, because the next day it brought the best weather yet, with highs around 80 and a cool river breeze. We drove to Düsseldorf, about 45 minutes northwest of Cologne. It’s another city on the Rhine, smaller but more commercial than Cologne. It has a long street of very high-end shops (think Cartier, Louis Vuitton and their snooty cousins) but it also has some lovely parks and green spaces.

For our last evening in Cologne, the question was whether to risk eating outside again. In the end, the weather was too spectacular to resist. And this time we got lucky. No one in breathing distance lit up, at least not while we ate. Still, our al fresco experiences in Germany may be numbered.

Next we head to Bremen, to get back to the main mission of this particular journey: digging up George’s dead relatives (not literally – even George isn’t quite that enamored by his ancestors) while hopefully connecting with one or two living ones too. 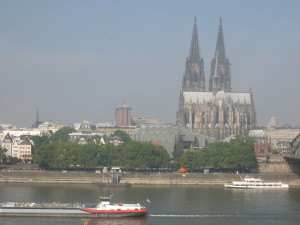 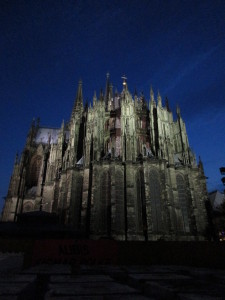 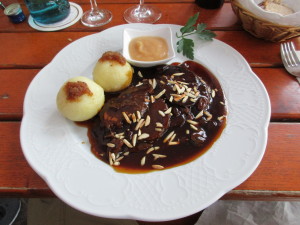 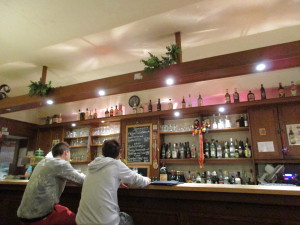 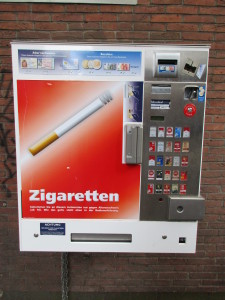 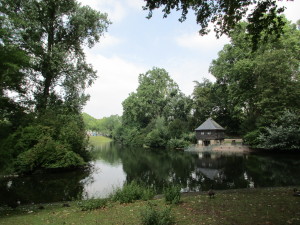 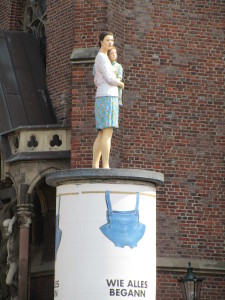 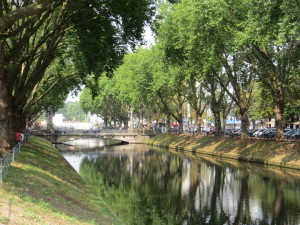 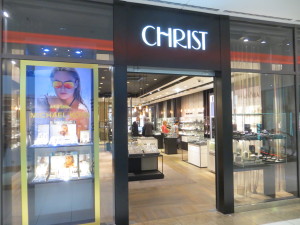 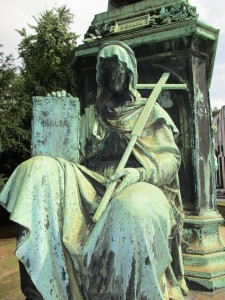