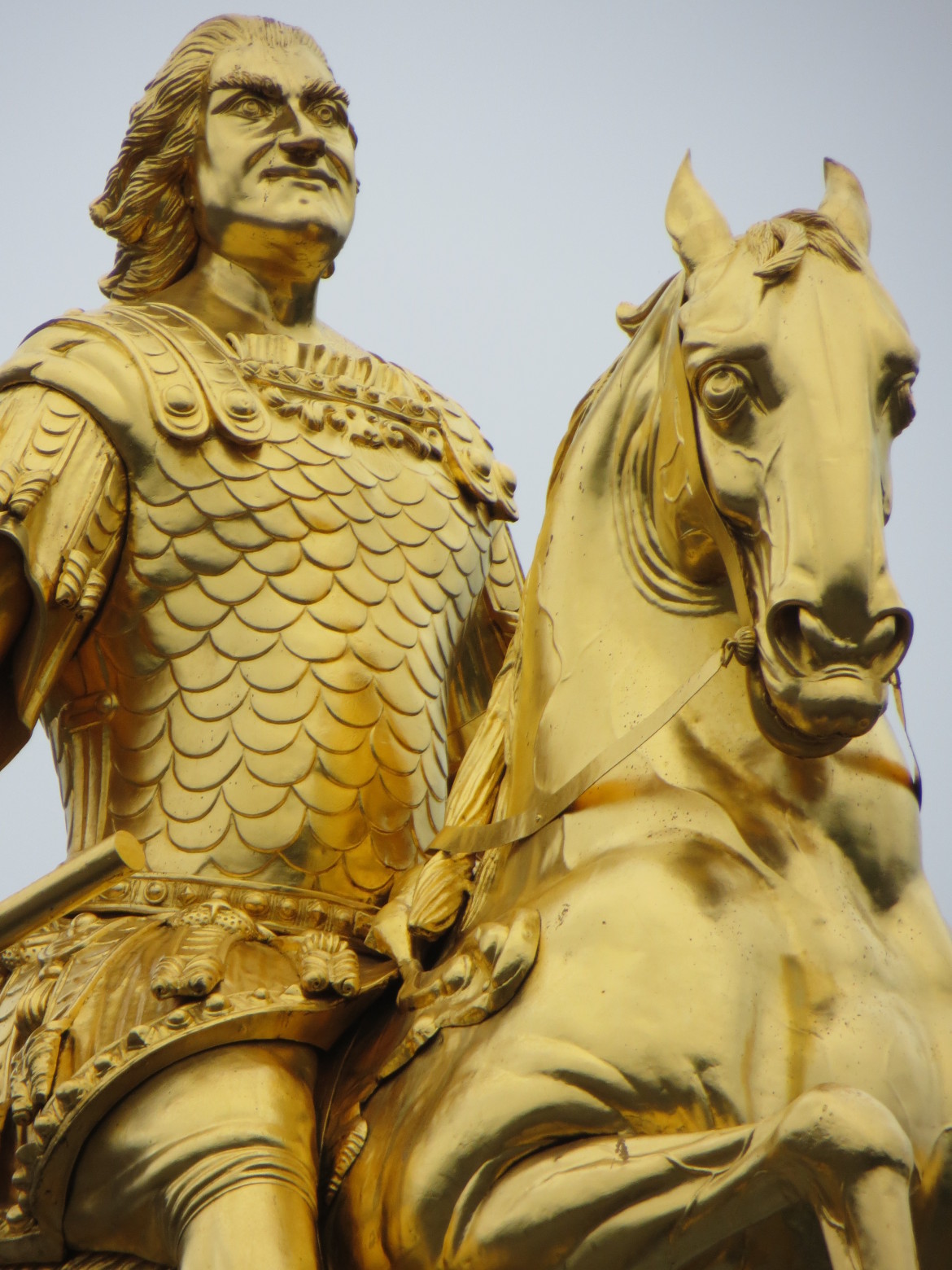 We decided to stay an extra day in Braunschweig, to spend more time with Cordula and her family (and we’re so glad we did). But as a result, we had to shave a day off somewhere else in our itinerary. The easiest place to do that was our next destination, Dresden. Compressing our visit there turned out to be a good decision too, as it rained most of the time, including our stopover in Leipzig. Besides that, as best we could tell after touring both cities, a two-day stay was enough anyway.

Dresden and Leipzig don’t feel especially like old East Germany anymore. That’s partly because the area has industrialized rapidly since German reunification. It’s a hotbed for technology companies now, among other things. Also, the Soviet Union did little to redevelop either city after the war, despite the fact they both lay in ruins. (About 95% of Dresden was annihilated.) On the other hand, in the quarter-century since reunification, major efforts have been made to restore many grand old buildings, especially in Dresden, which was the capital of the Kingdom of Saxony for centuries and therefore had amassed a picture-book’s worth of medieval and Renaissance architectural gems until the Allies blew them all to bits in February 1943. (Sorry, Germany. But it was your own damn fault.)

The restoration has been aided by recovered old parts of buildings too. That’s because the Russians didn’t even bother to clean up the mess after the war. Instead they leveled most of what remained, then dumped all the rubble in pits and just left it there. As a result many of the restored exteriors look appropriately aged, even though it’s mostly an illusion. And it’s much harder to hide the relative newness of the interiors, despite the fact that old parts have been incorporated within as well.

For most people the highlight of a visit to Dresden is the Frauenkirche (Church of Our Lady). Originally built in the 18th Century, the altar is a baroque explosion of color and imagery: it’s an enormous relief depicting Jesus in the Garden of Gethsamane. To us it looks rather commercial and overproduced, like an altar you might find at a church in Disneyworld if Disney was a religion. But wait…isn’t Disney a religion? The Frauenkirche even had a Disney-like queue to get in.

In Dresden we also wandered unintentionally into the midst of a political protest. On one side were mostly older Germans encouraging the government to ease restrictions on immigrants from certain Muslim countries such as Morocco and Tunesia. On the other side a crowd of younger Germans felt differently. We won’t say that the younger people were skinheads or fascists or Neo-Nazis – after all, there are legitimate concerns about immigration in Germany, just as in the USA – but they did seem eager to turn the protest violent. Fortunately the police showed up to restore the peace, while we got the hell out of there.

The weather in Dresden cleared up in time for us to enjoy a nice evening stroll and another authentic German meal, this time in a small wine bistro where everything is made from local recipes. Our beef dishes were excellent, but this kind of fare is almost never served with green vegetables in Germany, so we’ve made a habit of ordering salads as a starter. The salads throughout Germany have been surprisingly fresh, varied and generous. Clearly there’s no shortage of greens growing in Deutschland, so why the heck don’t they eat them more often? Then again, their preference for meats and starches may explain why their language sounds so strained and gutteral. It could be that they’re all walking around constipated.

For some more fun with the German language, check out this You Tube video:

German Compared to Other Languages 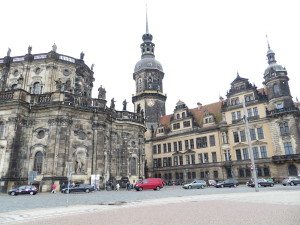 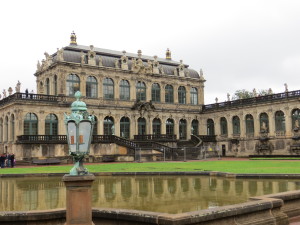 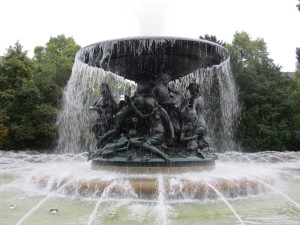 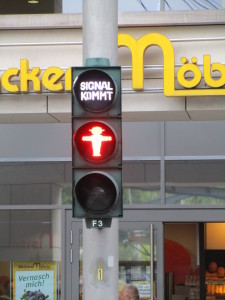 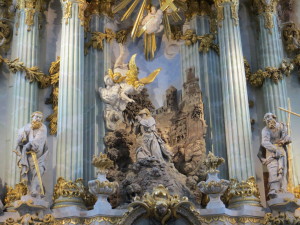 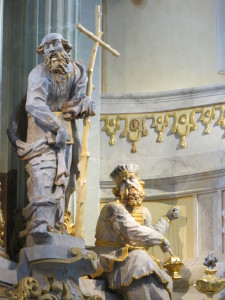 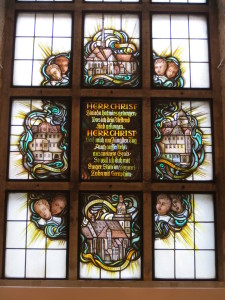 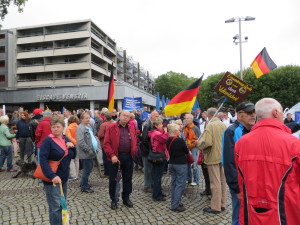 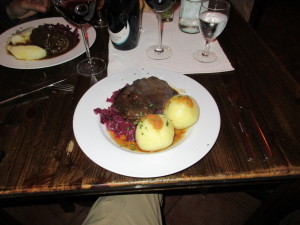 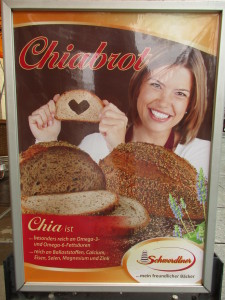