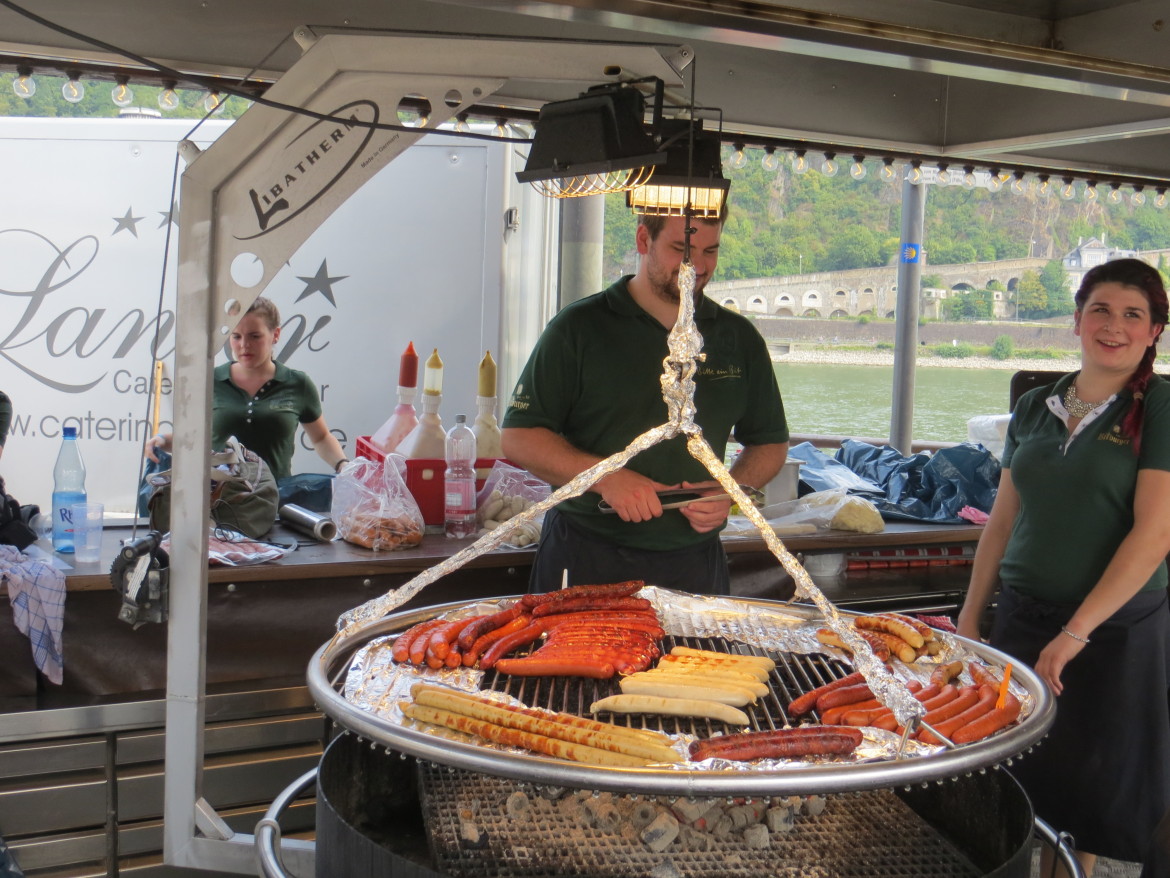 In June 1963, John F. Kennedy visited Berlin to rally the West against the USSR’s newly constructed wall that was designed to separate the Eastern (Soviet) part of the city from the Western part, with dire consequences for those who tried to cross it. In his speech to an appreciative crowd, President Kennedy famously uttered the phrase “Ich bin ein Berliner” – meaning, I am a person of Berlin; I am one of you. As the story goes, the crowd both applauded and laughed at Kennedy’s words, because unbeknownst to him those words had a double meaning. A “Berliner” was also slang for a particular kind of sweet treat popular in the city at the time. So unintentionally, Kennedy had announced to the crowd, “I am a jelly doughnut.”

I say “as the story goes” because it is mostly an urban myth. Though a “Berliner” was indeed used to refer both to citizens of Berlin as well as their doughnuts, it is unlikely that anyone in the crowd would have misunderstood Kennedy’s true intent. If there was in fact any laughter at his utterance, it was most likely simply the local people’s reaction to his pronunciation of the German language with a thick Boston accent.

Had history taken a slightly different course, had Kennedy instead made his famous speech in Frankfurt (the starting and ending point of our latest adventure) he would have accidentally referred to himself as a freshly grilled hot dog. On a bun. With mustard. And sauerkraut.

Frankfurt’s reputation for those delicious sausages, Wurst and other meaty delicacies is well deserved. They sure are good. But in recent years Frankfurt’s restaurant scene has upped its game. We also enjoyed pork cheeks with mixed salad, duck breast in cherry sauce with broccoli, and the spectacular local dish known as Grüne Soße (green sauce) – a wonderful blend of seven fresh herbs and sour cream (or yogurt) that is served with meat, fish, or most traditionally, hard-boiled eggs. Who knew the Germans had an affinity for such bright, fresh flavors? It’s not all schnitzel and noodles after all.

Well, our lovely new friend Gisa knew. That’s because she has been a “Frankfurter” for the last 16 years. Gisa and George, it turns out, are not even remotely related despite their shared last name. And the story of how they got connected will have to wait for another day. But after two spectacular evenings together, the three of us are now like siblings. Which is exactly what George and I were hoping would happen. Because our visit to Frankfurt wasn’t really about this city of five million people on the River Main. Though it’s a far more vibrant and lively place than either of us remember 20+ years ago, it’s still a somewhat serious city of banking and skyscrapers. No, our time in Frankfurt, and to a large extent this whole trip, is about George’s ancestry. About visiting places where his great-great-great grandparents grew up with limited economic prospects and chose instead to risk the difficult journey across the Atlantic.

That’s why we trekked to the small town of Sondheim, about two hours by car from Frankfurt, to visit a tiny but well-preserved 800 year old church where some of George’s ancestors were baptized and married, where they worshipped and laughed and lived and died. We didn’t find anyone still living in Sondheim who’s related to George, but we did meet some very helpful folk whose stories brought him a little closer to his roots.

Today we’re moving on to Cologne, one of only a handful of destinations on this trip that are not directly linked to George’s genealogy research. And that’s OK, of course, because experiencing random new places is one of our passions. After just a couple of days in Germany, we’ve already had a bunch of new experiences. We’ve driven on the Autobahn at speeds up to 160 per hour (that’s kilometers, not miles – take a deep breath, Mom – but okay, even in kilometers that’s not exactly slow). We’ve used Uber in a foreign country for the first time, to catch a ride to dinner. We’ve jumped on and off a paternoster. (What’s a paternoster? We didn’t know either. You should Google it, or just click here.) And best of all, we’ve spent some wonderful hours with Gisa, our first new friend of the trip!

Oh, and the car we’ll be driving for the next 3 weeks? There’s a bit of a story about that. We’ll explain in the next installment. Stay tuned. 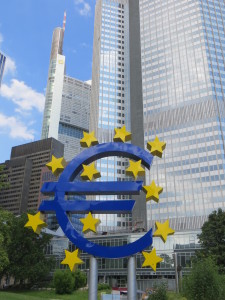 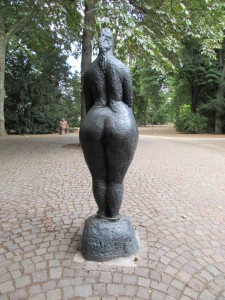 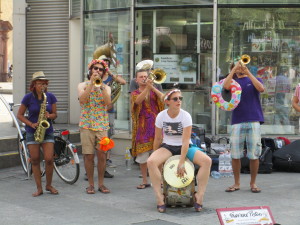 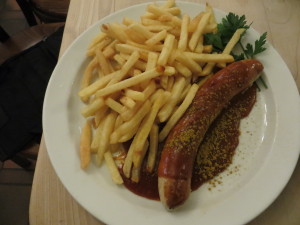 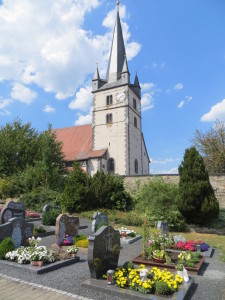 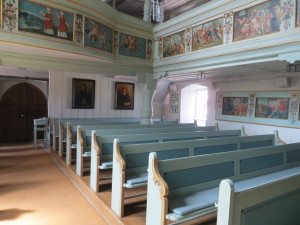