In the Wake of a Queen Departed 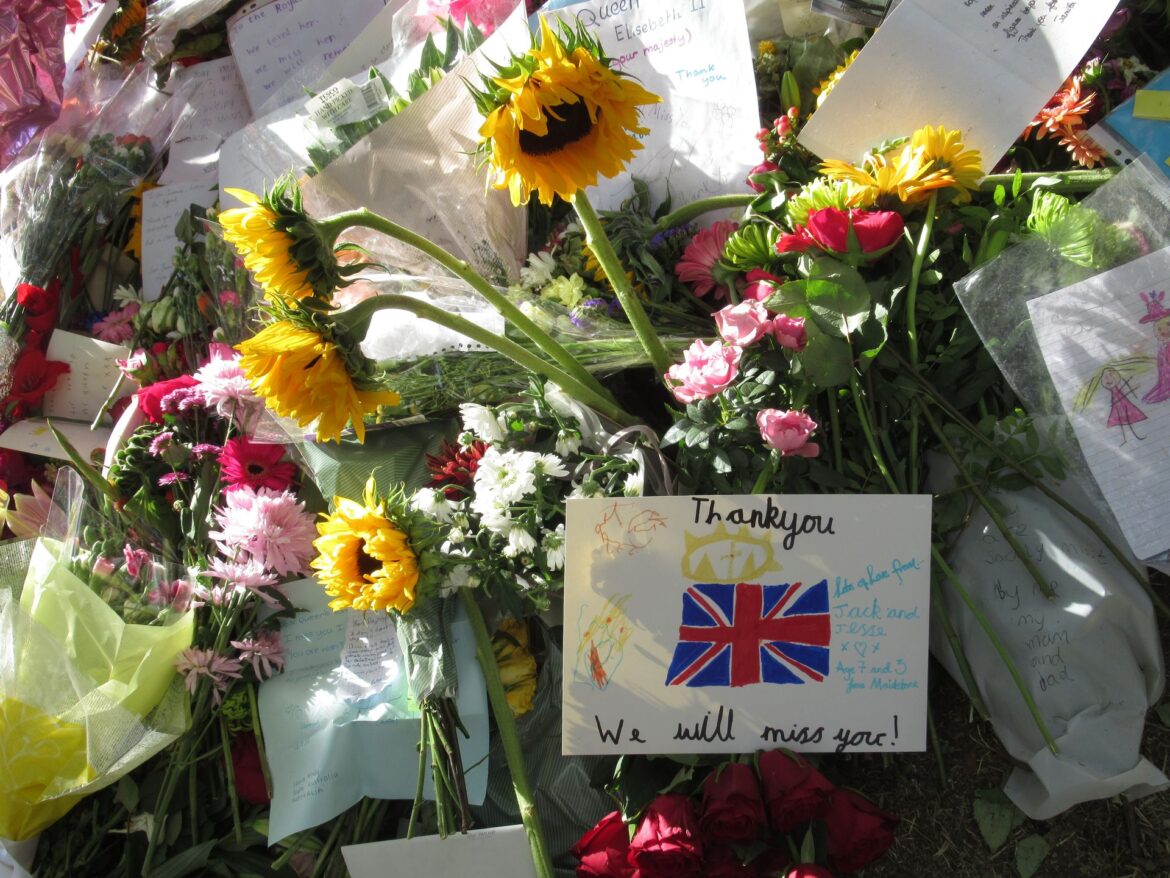 On Monday evening, 19 September 2022, Queen Elizabeth II was laid to rest at Windsor Castle after her funeral at Westminster Abbey earlier that day. The funeral service was watched by tens of millions of people in Great Britain, and tens or perhaps hundreds of millions more elsewhere in the world.

George and I were in Oxford that day. Oxford is just a little more than 50 miles northwest of London, but that morning it felt worlds away. While hordes of people lined the streets of London all along Elizabeth’s funeral procession route, Oxford was uncharacteristically quiet. Just about every store and restaurant was closed out of respect for the Queen (as was the case nearly everywhere in England). Our hotel still served us breakfast. And we passed a handful of open coffee shops as we wandered the streets of Oxford. But with just about all other retail establishments shuttered for the day, there was little else to do but wander the streets.

Later in the day, after the funeral was over, people trickled out into the streets. A few cafes opened, and some of the restaurants and pubs started preparing to welcome evening customers. Even so, the city center never really woke up that Monday, and the outskirts of town remained fast asleep.

The following day we departed from Oxford, drove back to Heathrow to drop off our rental car, and then caught a ride into London for the last few days of our trip. One day after the funeral, London was more or less back to normal – with a few notable exceptions. The most obvious was that Buckingham Palace remained closed, as did all the roads leading to it – the Mall, Constitution Hill, and Birdcage Walk.

In various parks around London, flower memorials spoke to the city’s outpouring of affection and grief for their deceased Queen.

As I mentioned in some of the earlier Bit of England posts, Elizabeth’s passing didn’t seem to have as deep an effect on some parts of the nation as we had imagined. But in London, the sense of loss, of awe, of history in the making, was inescapable. We felt privileged to be there.