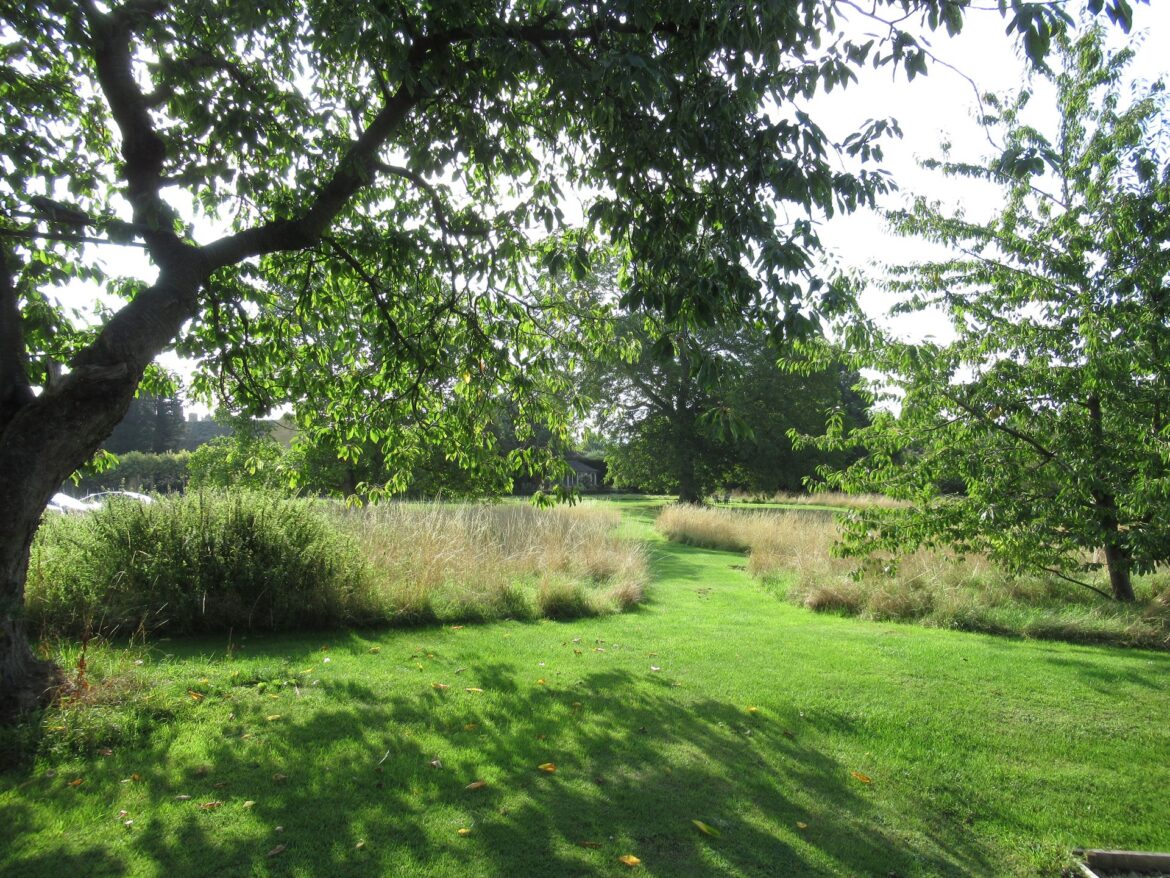 After our brief diversion into Wales, we resumed our Bit of England tour by settling down for three full days in the Cotswolds. Now you may be wondering, what in Thor’s name are the Cotswolds? If you have to ask, you’re obviously not British. Or at least, you’re not a proper Englishman/woman/person, no more than you are a “proper chip.” (That would be a thick, triple-cooked French fry.) Have I lost you? It’s all right. I may be lost too. I think I left part of my brain in the Cotswolds. (If I wanted to go for the full cheesiness effect, I could say that I left part of my heart there too. But George is still very much with me.)

So what are the Cotswolds? I’m still not sure exactly, even after having been there. I mean, I can tell you that “the Cotswolds” is the name of a region in England bordered roughly by the River Severn and Gloucester to the west, Oxford to the east, Bristol and Bath to the south, and uh, something to the north. (But if you find yourself as far north as Stratford-upon-Avon, the birthplace of William Shakespeare, then…”there is a world elsewhere.”)

But if you want to know what the heck a Cotswold is, or where to find one, I’m afraid I can’t help you. Wikipedia valiantly attempts (but ultimately fails) to clarify the etymology of the name. However, it does provide a map that helps locate the Cotswolds for those, like me, who haven’t brushed up on their English geography lately.

In the end, the precise borders of the region and the origin of the name shouldn’t matter much to travelers. Here’s all you really need to know about the Cotswolds: it is an Area of Outstanding Natural Beauty. (Also known as an “AONB” – yes, that’s a thing.) Every little village in the region is so gorgeously adorable and impeccably British that you just want to wrap it up and take it home with you (or move there). And the main thing tourists get to do in the Cotswolds is experience one breathtaking landscape after another while being distracted along the way by lots of wonderful shopping, eating, and drinking. Perhaps this sort of vacation doesn’t appeal to you? A pity, that.

The local Cotswolds folk are impeccably British too. Service in restaurants, shops, and hotels is consistently courteous and gracious. You are made to feel welcome wherever you go. English humor and cheekiness shine through too.

Acknowledgment of their history and ancestry is also a big part of life in the Cotswolds.

So whatever “the Cotswolds” may actually mean, whether it involves hills (almost certainly), people of Old English descent (quite likely), or sheep roaming about (a strong possibility), the Cotswolds is a part of the world that we hope we have the good fortune to return to someday.