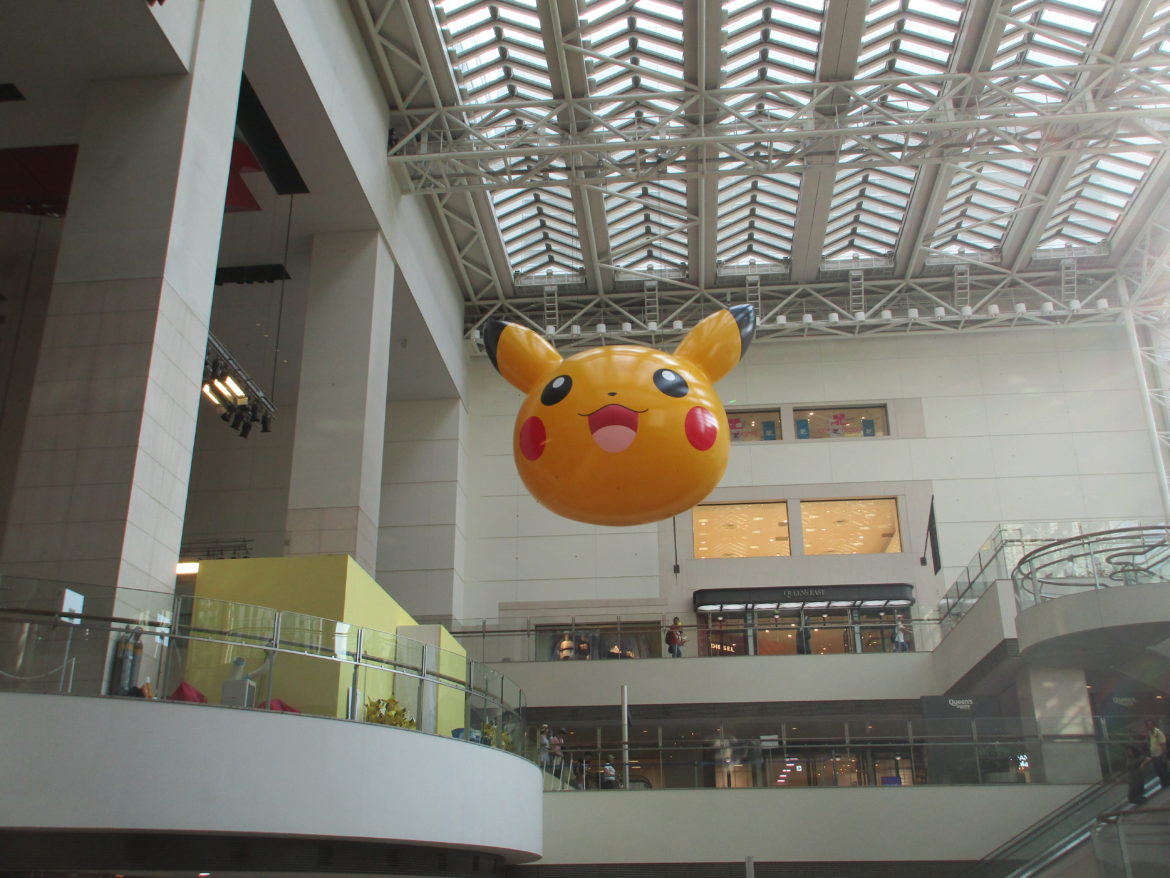 It  takes about 30 minutes by train to get to Yokohama from central Tokyo. Yokohama could easily be considered a Tokyo suburb if it wasn’t Japan’s second-largest city. (Though with about 3 million peeps, it’s still dwarfed by the mega-city to its north.)

Like Tokyo, Yokohama started life as a humble fishing village. Now it’s home to, among other things, Japan’s largest Chinatown. About 2,500 Chinese reside there. Many are relatively recent immigrants. 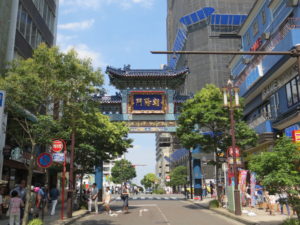 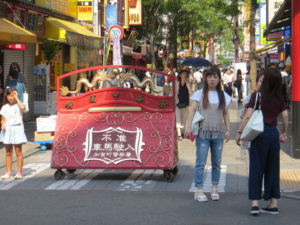 We’ve enjoyed visiting Chinatowns all over the world, so we figured, why not in Japan? Besides, after five days in Tokyo eating raw fish and grilled beef, dim sum sounded like a nice change. 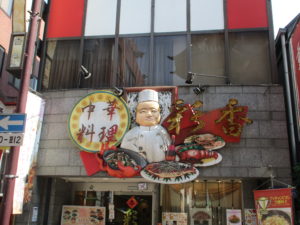 At least we didn’t fly all the way to Japan, and then take a regional train to Yokohama, and then a subway to their Chinatown, just so we could eat at…McDonald’s. Yup, there’s one there. A Starbucks too. What the hell is the matter with some people? Were they born without taste buds?

But whether you indulge in Chinese food or not, the complexities of getting to Yokohama’s Chinatown are definitely worth it…even if you find yourself with a sudden craving for strawberry cheesecake Kit Kat’s. Yes, that’s a thing, apparently. I hear they go well with a Starbucks venti decaf mocha iced latte. That’s a thing too. I think. 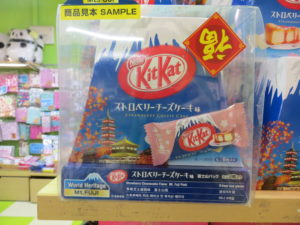 Or maybe you’re in the mood for a different kind of cake. In that case, a few hands of solitaire with this deck of cards should help whip up your, uh, appetite. (They also have a ladies’ version.) 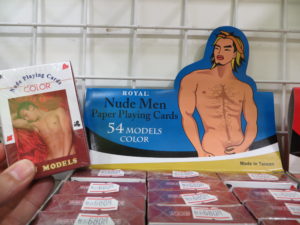 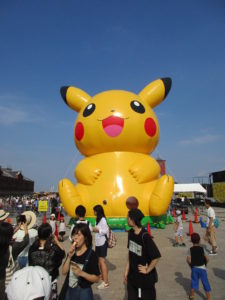 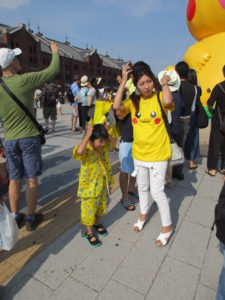 Actually, I’m not sure if Pikachu is a he or a she, or even what sort of creature he’s supposed to be. He doesn’t appear in either the male or female decks of naked cards, and who even knows if there’s any junk in that bright yellow trunk. It looks fairly “Ken doll” down there, if you ask me. Okay, you didn’t ask. I know, shame on me! It’s a children’s beloved make-believe character! Fine, but still, what the hell is it? Something in the rabbit family? Canine? Feline? All I know is, the fucking thing must reproduce like mad. I mean, its offspring were everywhere, sometimes in twos, sometimes in bunches. And everywhere they made an appearance, people reacted as if the Beatles were in town. (We do feel pretty certain that we spotted Yoko Ono in the crowd.) 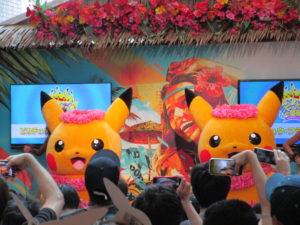 Meanwhile, this buff dude only wishes he could get that kind of attention. 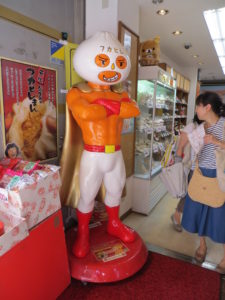 Instead he’s fated to stand alone in the corner of an obscure local store packing some serious genitalia while Pikachu bounces around town basking in androgynous glory. Heck, Yokohama was so crazy for Pokémon that even the POTUS wanted in on the action. 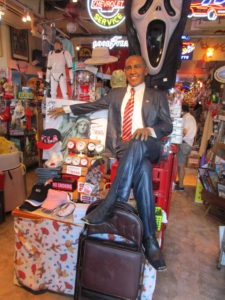 And while you’re in Yokohama, don’t forget to pick up a few Star Wars chopstick holders. I’m pretty sure they’re the last consumer item on the planet that wasn’t officially branded by Lucasfilms/Disney. 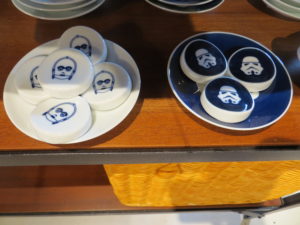 As you can see, we had a really fun day in Yokohama. And we got back to Tokyo in time for our hotel’s free happy hour. Though even several glasses of wine couldn’t erase the disturbing mental image of Pokémon Go on the Down Low.

But the dim sum was yummy.